Six consumer organisations from the European Consumer Organisation’s (BEUC) network [1] have written to their respective national authorities to ask them to investigate problematic contract terms and practices of the AliExpress platform, which is part of the Alibaba Group [2]. The Luxemburgish consumer group Union Luxembourgeoise des Consommateurs was the first consumer organisation to lodge a complaint with its national authorities earlier this year. 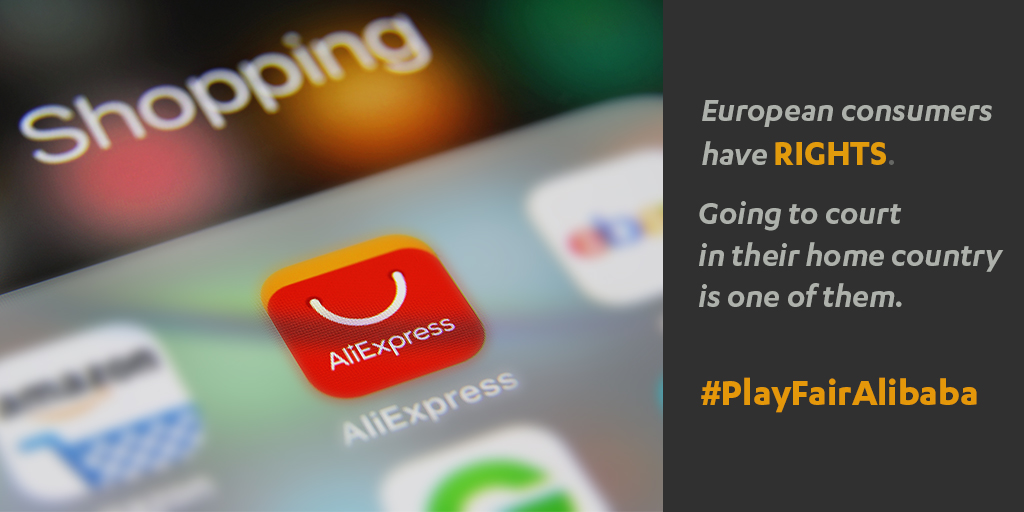 AliExpress is available in Dutch, French, German, Italian, Polish, Portuguese and Spanish, giving it a potential reach of 330 million people in the EU [3], on top of its English-version website which is available worldwide.

“Consumer rights are essential so that people are protected if something goes wrong after or during a purchase.  If Alibaba targets consumers in the EU market, it has no choice but to respect EU consumer rules. If it does not, it’s up to national authorities to step in and make it comply.

“We call on the consumer protection authorities to look urgently into this issue and to take action. Online platforms linking sellers from outside Europe are more and more popular, but respecting consumer rights is not negotiable.”

AliExpress uses several problematic clauses in its terms and conditions for contracts with EU consumers. Additionally, they are very unclear and spread over different parts of the website, which makes it impossible for the consumer to find meaningful legal information.

The most serious problem with regards to the content of the clauses relates to the provision in case of a dispute between a consumer and a seller on the platform. AliExpress states that if no amicable settlement is found between seller and consumers, the dispute must go to a Hong Kong arbitration court.

The use of such a clause in a consumer contract is in breach of EU law. Consumers have a right to take legal action before a court in their own country.

Also, consumers can not return a good without any justification within 14 days, which is a right across the EU.

Only after many clicks can consumers find a reference to a manufacturer’s warranty but the seller’s obligation to provide a minimum two-year legal guarantee is not mentioned, despite it being an EU right which should be communicated to consumers in an unequivocal way.

Moreover, the terms and conditions are not always provided in the national language. In the past few days, AliExpress seems to have added some legal information for consumers  which leads to even more  confusion and lack of clarity.

BEUC has written to the network of national consumer authorities (the Consumer Protection Cooperation network) and together with its members urges them to investigate AliExpress’ terms and to take action to stop them.

[2] Alibaba is a Chinese e-commerce giant which specialises in retail, technology and cloud computing. Consumers can find items ranging from clothing and beauty products to electronic products on AliExpress. Alibaba is counting on its AliExpress business to take on the world’s largest online retailer, Amazon.