Antibiotic resistance is a major public health concern in Europe. It is estimated that at least 25,000 people die every year because they are infected by bacteria that can no longer be killed by antibiotics.

We all need antibiotics that work – for both humans and animals. But overuse and misuse has spurred resistance. The more antibiotics are used, the more bacteria resist their effect. Such bacteria are also known as ‘superbugs’. 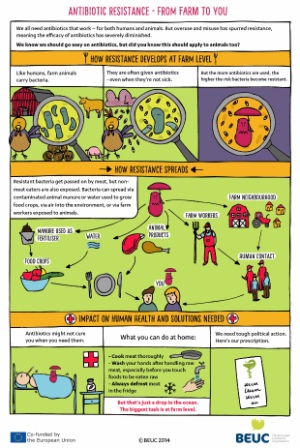 While humans should go easy on antibiotics, the same should apply to farm animals also. On average, in the European Union, consumption of antibiotics is higher in food-producing animals than in humans. In some countries farm animals are still routinely given antibiotics to prevent sickness when they’re healthy.

Resistant bacteria get passed on by meat from contaminated farm animals but that's just one of many routes out of farms. They can spread via contaminated animal manure or water used to grow food crops, via air into the environment, or farm workers exposed to animals.

That is why we are campaigning for a wiser use of antibiotics in farming.

To learn more about resistant bacteria – also known as ‘superbugs’ – read our factsheet “10 things you should know about antibiotic resistance from farm to you”.

For further details, click the policy ‘prescription’ on the right side that we sent to decision makers in 2014. Our demands are still valid today.

If we want antibiotics to work, their use must be curbed, including in farming. A pending EU law could make this a reality. Thanks to our campaign in 2014, we convinced the EU Parliament to support beefing up rules on antibiotic use in farm animals. Unfortunately, Member States are dragging their feet. That’s why we are campaigning to ensure the final law takes bold steps against antibiotic resistance.

In early 2017, BEUC received the EU Health Award’s first prize for the best NGO campaign on antibiotic resistance. Thanks to this award, we are back and raising awareness among consumers with our member organisations across Europe.

Our Superbug is touring Europe online to raise awareness among consumers about antibiotic resistance from farming. The journey takes place between September and 18 November 2017, which is European Antibiotic Awareness Day. 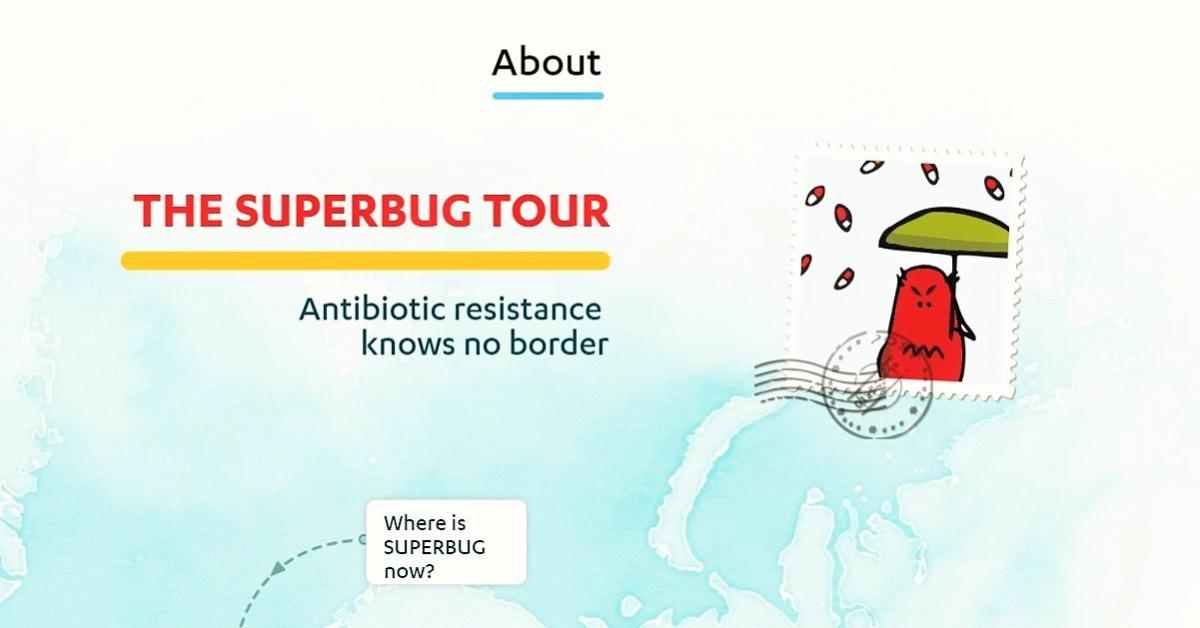 Every week, a consumer organisation from the BEUC network will virtually host the Superbug to inform consumers about antibiotic use in farm animals in their country and how it is linked with antibiotic resistance.

Where is the Superbug today? Check out our live map and find out how European countries perform: www.superbugtour.eu.

Data displayed on the map were sourced from:

- the ECDC/EFSA/EMA second joint report on the integrated analysis of the consumption of antimicrobial agents and occurrence of antimicrobial resistance in bacteria from humans and food-producing animals, pg.31, July 2017.

- The Sixth ESVAC report, Sales of veterinary antimicrobial agents in 29 European countries in 2014.

We need your urgent help to urge EU decision makers to cut antibiotic use in farming. To do so, support our Thunderclap campaign. The more we are, the stronger our impact. 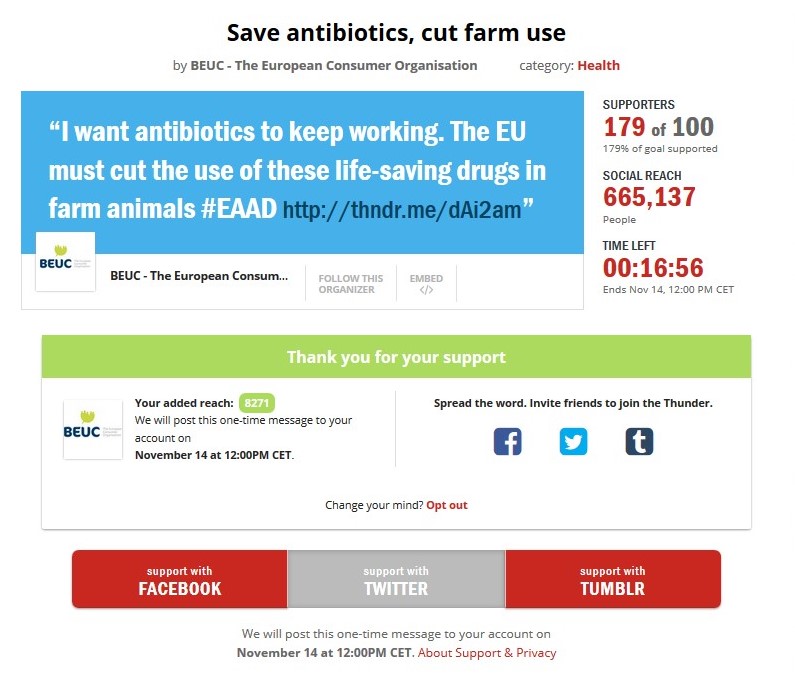 What is Thunderclap? See it as an online flash mob. The platform allows people and organisations to pledge to post a tweet or a Facebook message all on the same day at the exact same time.

Why now? We are launching this thunderclap campaign because Member States are dragging their feet to back the ambitious measures voted by the EU Parliament last year. The European antibiotic awareness week kicks off on November 13 – culminating with European Antibiotic Awareness Day on 18 November – and we need to gather 250 supporters by then. Our Thunderclap will happen on November 14th, the day before EU officials will talk about AMR during a high-profile event. This will also be the last week of the Superbug Tour.