A bitter pill to swallow

The trend is clear: the cost of medicines is increasing. Many EU healthcare systems are now spending more than ever before on pharmaceutical products. At a time when the words ‘economic crisis’ rhyme with ‘normality’, consumers are having to shoulder an increasing share of the costs.

In Spain, for example, households are currently paying 58% more for their medicines than in 2010, while in Portugal, in 2014, 39% of consumers could not afford a medicine they needed [1].

To finance or not to finance? That is the (sad) question

The price of many new medicines (e.g. new cancer treatments) is so high that governments cannot afford them, or have to make budgetary cuts elsewhere to be able to pay for them. The ethical and economic dilemma is crippling: which treatments deserve to be financed and what is a reasonable cost to extend a life? 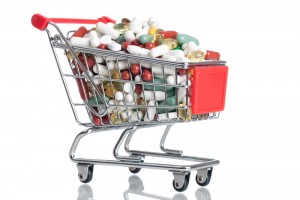 For example one industry commentator said the cost of just one pill of new hepatitis C drug Sofosbuvir is so prohibitive that it is almost the same as the cost of all recommended vaccinations against infectious diseases for a Belgian [2]!

Is there anything we can do to tackle this problem? The answer is yes.

The price-setting of medicines is not an exact science; it is a negotiation between drug manufacturers, usually setting the highest price the market will pay, and the governments, which try to limit the amount they will pay for a new medicine.

EU Member States should only cover the costs of the new medicines that offer clinical advantages over medicines already on the market; in other words, those which are clinically better.

There are instruments to assess such clinical advantages, but also the property and effect of a medicine compared to another one. One such tool is called Health Technology Assessment. It is a complicated name for something which helps identify the most clinically effective treatments, by taking into account the medical, economic and societal perspectives.

The pharmaceutical sector is the sector that invests the most in research but also the one with the highest return on investment.

Profits should be balanced with affordability.

For there to be lower prices, more transparency is needed on the real costs of research and development and also on how much of that research is paid with public money (e.g. tax incentives, public private partnerships). Profits should be balanced with affordability, especially when public money has funded drug research.

Anticompetitive behaviour in the pharmaceutical sector contributes to keeping prices artificially high. For example our Italian member Altroconsumo recently filed a complaint with the Italian Antitrust Authority when a shortage of four oncological drugs was noted in Italy in 2014 and, after these medicines returned to the market months later, their prices curiously jumped by 250% up to 1500% of their price before the shortage [3]. The manufacturer of all four medicines is currently under investigation for abuse of a dominant position.