NextFood in TTIP: What is at stake for EU consumers?
Trade

Canada and EU trade talks: The backdoor to ISDS endorsement 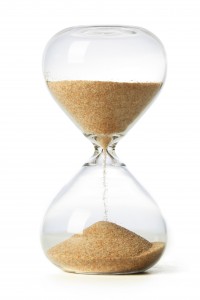 As the United States and the European Union TTIP trade talks continue, the fact that the EU and Canada are close to sealing a trade agreement (Comprehensive Economic and Trade Agreement known as CETA) – including a controversial Investor-State Dispute Settlement (ISDS) mechanism – raises serious questions about the Commission’s attention to the concerns of civil society.

ISDS has been so heavily criticised in the ongoing TTIP negotiations that the European Commission launched a public consultation on the matter. Including the ISDS clause in CETA creates facts and precedents before the consultation ends in July. This is even more stunning as the consultation text is largely based on what is in CETA.

The European Consumer Organisation is concerned that if a CETA deal is sealed including an ISDS clause before the public consultation concludes, it might serve as a Trojan horse for US firms to use their Canadian affiliates to file ISDS claims in Europe.

We urge the Commission and Member States not to rush into finalising the trade talks with Canada until the ISDS issue in TTIP has been resolved.

ISDS originated in the 1950s to allow investors to go to third party arbitration when they believed a host nation, usually a developing country, had acted unfairly towards their business or expropriated their assets.

In the past few decades, ISDS has increasingly been used for purposes other than those for which it was created. There are many examples of large firms instigating claims against governments (thereby hitting taxpayers’ resources) with the aim of obtaining multimillion and billion payouts over public health, consumer and environmental policies which the firms allege impair their investors’ rights. For example, Philip Morris Asia is attacking Australia’s cigarette plain packaging rules though the Australian Supreme Court has validated them.

According to the UNCTAD, the number of ISDS cases is growing exponentially; fewer than 50 cases were litigated from the 1950s until 2000, 514 are known as of the end of 2012. The growing number of investor-state cases, rulings and awards against states, plus the broad range of policies chipped away at have major implications for governmental ability to make non-discriminatory policies in the public interest.

The European Consumer Organisation is unequivocally against the inclusion of ISDS in an EU/US trade deal as both have well-functioning court systems and robust private property rights which are sufficient to resolve any claim of unfair treatment by States.

On top of that, ISDS can be a huge deterrent, especially for smaller countries, from passing legislation to protect consumers, labour rights, public health and the environment for fear of being challenged by big companies.

We cannot allow consumer and labour laws, environmental regulations or public health measures to be regularly challenged as ‘violations’ of investor rights.