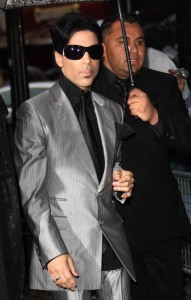 Many of us are mourning the loss of Prince, one of the world’s great music talents. What most of us don’t know is that he was also a champion of copyright enforcement. On the 16th edition of World Intellectual Property Day, it makes sense to pore over why intellectual property and copyright matter, both to Prince and to us as consumers.

Prince fought fiercely to have absolute control over his works. He battled record labels and fans. He sued, blocked and prevented people from using his music [1]. And, most remarkably, he had the right to do so because after all his music was his creation, his property.

I am not going to judge his behavior, others have done it, but I do wonder what would happen if all artists and companies holding a copyright would behave in the same way? Ultimately they can do it because they have the right to do so. IP law has given them a monopoly over their creative works.

But contrary to technological developments which make the supply of (digital) content much easier, consumers more than ever face copyright law restrictions to access and use content. Restrictions that are sheltered by different layers of protection at international, regional and national level. These rules strengthen the power of right holders without setting sufficient safeguards that leave room for a key part of IP policy: stimulate access to knowledge and creativity.

You can’t read that 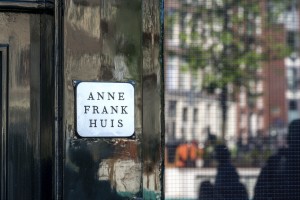 A recent example brought to my attention by the colleagues of Centrum Cyfrowe Projekt:Polska is the diary of Anna Frank. It has just entered into the public domain in Poland while in the Netherlands the protection extends for another 20 years and in the US it will only enter the public domain in 2040! That is what I would call chaos that benefits no-one but those cashing in on the rights.

IP law should stop being an obstacle and start being an enabler.

We must change this situation. Particularly when consumers are technically able to access cultural goods from anywhere and at any time. IP law should stop being an obstacle and start being an enabler.

The EU is about to reform its copyright framework, with the objective of adapting its laws to the challenges (and opportunities) posed by the digital environment [2]. Although the traditional creative industries oppose any changes to the current legal regime, there is wide consensus that the system is broken and urgently needs fixing [3].

From a consumer perspective we should stop penalising consumers from using existing works to create new ones. I’m not saying “let them exploit somebody else’s effort”, just to let them experiment, mix, remix and mash up content. Perhaps somebody will say, “oh, of course that should be possible, nobody will object if a consumer makes a homemade video with a music track in the background”. Well, legally speaking, that is far from being clear in Europe.

BEUC’s members conducted a survey among copyright experts in different countries and asked them whether certain consumer acts were legal under copyright law. Most of them said that using a song for a homemade video and sharing that video on a social network would constitute an infringement.

However, would this consumer action interfere with the normal exploitation of the work? I wouldn’t say so. Consequently, why penalise consumers by making it illegal to create derivate works? The idea behind the policy should be: “don’t be afraid, we won’t let them go after you for sharing a remix of your favourite song”.

An end in sight to geo-blocking?

Another area in which the EU can (and, hopefully, will) set an example in the world is to tackle geo-blocking. There is no virtual wall capable of stopping technological developments. More than ever, consumers have the opportunity to access content in a click, and if they cannot do it because somebody decided to block it, they can find another way like using a VPN connection. But wouldn’t it be much easier to simply allow them to access the content and watch whatever they are willing to pay for? 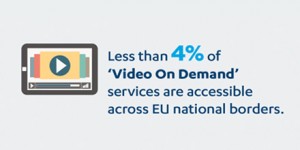 This is something that, at least in the near future, can be done in the context of the EU’s single market. We have made concrete proposals on how this should be done.

There are a number of elements in international and European copyright law and policy than need new thinking in the light of opportunities brought by information technologies. Intellectual Property is important and must be protected but such protection cannot be at the expense of the objective of a sane society: progress and welfare for its members. It will take lot of time to adapt the current framework but on a day like this we cannot forget what IP is for: creativity and innovation.

[3] See the letter sent by BEUC together with 29 organisations representing different sectors calling on the European Commission to deliver an “ambitious reform that is fit for purpose in the digital environment and that upholds and strengthens fundamental principles such as the limitation of intermediaries’ liability, rights of citizens to freedom of communication and access to knowledge.”