NextTiSA mandate: a simple piece of paper or a symbol of democratic scrutiny?
Trade

Confirmed intra-EU ISDS mess: An update of the Micula case

In a previous blogpost, I wrote about the European Commission’s Competition authorities’ serving of an injunction on Romania provisionally ordering the country’s government not to pay Investor State Dispute Settlement (ISDS) compensation to a Swedish investor, Micula. The rationale was that pay this compensation would amount to illegal state aid. 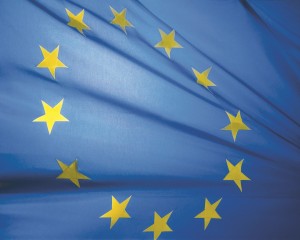 On 30 March, the European Commission confirmed this decision. In its statement, compensation had already been paid by Romania to Micula Brothers (This cannot be publicly confirmed due to ISDS secrecy procedures.) And it is this compensation which the Commission now wants the beneficiaries (Micula) to refund.

To wrap up, the ISDS and state aid case has been closed, but what is still very much unresolved is who is going to foot the bill – Micula or the Romanian taxpayer?

In a wider context, this shows a worrying lack of coordination within the European Commission. Its DG Trade continues to defend the inclusion of ISDS in both the EU’s Canadian and American trade talks (CETA and TTIP), while starting to acknowledge that alternatives need to be explored. The Competition services on the other hand consider ISDS compensation as infringements of EU law i.e. illegal state aid.

ISDS is an undemocratic, discriminatory demonstration of private justice which is not compliant with the EU’s standards of the rule of law. It is too flawed to be fixed. The Commission, which negotiates trade and investment deals on behalf of the EU, should urgently investigate alternative ways of protecting investors. Fundamentally however, there is no reason why investors, be they foreign or domestic, should have any privileged access to justice in comparison to “ordinary” citizens.