What is antimicrobial resistance and why it is important for consumers?

Every year in the EU is it estimated that antibiotic resistant bacteria kill at least 25,000 people. These bacteria can withstand antibiotics, which means antibiotics have no effect whatsoever. Imagine a world where a cut finger could become deadly and where chemotherapy or surgery would be extremely hazardous. This world is no fiction: this is already happening across the globe. Antibiotic resistant bacteria know no borders and affect consumers, animals and the environment indiscriminately. But we can limit their spread by making sure we have appropriate rules in place to help safeguard their efficacy, notably by reducing the use of antibiotics in livestock[1].

In response to this situation, public awareness campaigns and action plans have been developed here in the EU but also in other parts of the world including the United States. Today is European Antibiotic Awareness Day and for the first time, a World Antibiotic Awareness Week has been organised. 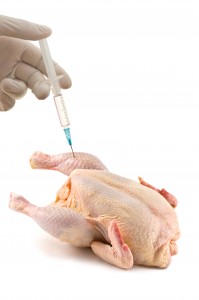 Ahead of these events, the EU made a proposal to fight against this threat by suggesting a dedicated article in the Transatlantic Trade and Investment Partnership (TTIP) on the topic. The intended message: we need to act together against antimicrobial resistance.

Although this shows that, if there is a political will, actual consumer interests can be promoted through TTIP, due to the urgency of the antimicrobial resistance problem, should we wait until the end of many more years of negotiations to address such a pressing issue? Or should we rather focus on a bilateral cooperation outside TTIP to boost a more global effort? Most importantly, TTIP, with its focus on removing trade obstacles, is probably not the appropriate framework for promoting cooperation on public health issues.

That being said, and considering that it currently is considered within TTIP, the explanation that precedes the proposal is very ambitious. It stresses the importance of animal health and warns against the expected rise of the use of new antibiotics in animal husbandry. While there has been a lot of media coverage about the need to develop new antibiotics, the priority is rightly put on preserving the effectiveness of existing ones. The Commission’s overall objective is to stimulate bilateral cooperation with the US to fight against antimicrobial resistance, notably by promoting prudent and reduced use of antibiotics in the farming sector in the EU and the US. This would give impetus to the rest of the world to join this fight. But the most ambitious proposal is the call to move away from the routine use of antibiotics that masks poor animal husbandry. It is a well-known fact that antibiotics are still given to healthy animals, a practice that should be discontinued.

In the actual text, the Commission proposes setting up a technical working group in which experts from both sides of the Atlantic could share information, expertise and experience. This is the kind of cooperation that we support, as it is voluntary and touches upon non-legislative acts.

Just to open a parentheses here: the Commission also proposes a harmonised system to collect data on the use of antibiotics, which we find promising. However we would like to point out that the EU is already struggling to develop such a system internally, because of divergences of opinion regarding the criteria to take into account. We would anticipate the same debate occurring at a transatlantic level. We stress the need to make sure that an EU-US data collection system is precise and effective, otherwise its ambition would be lost.

Soon a reality in the US and in the EU

The EU suggests a set of guidelines for veterinarians, animal producers and decision makers to promote a reduction in the use of antibiotics. This is also a good initiative. It is now essential to make sure that these guidelines are translated into actions in the US, but also in the EU. The recently published Guidelines for the prudent use of antimicrobials in veterinary medicine issued by the European Commission stress the need to end the routine use of antibiotics in livestock[2].

With this proposal the Commission sets its sight on bringing tangible benefits for consumers. This is the kind of action necessary to restore trust in trade.

[1] This is why BEUC launched a campaign last year to call on EU leaders to acknowledge the need to have a clear legislative framework on the use of antibiotics in animals used for food. Our campaign was based on tests carried out by several BEUC members across the EU showing high levels of antibiotic resistant bacteria in fresh meat products. Our prescription to EU policy makers recommended three courses of action: put an end to the routine use of antibiotics in healthy animals, restrict the use of antibiotics deemed of high importance for humans in food-producing animals – still today many antibiotics.

[2] The European Parliament has included such a requirement in the legislative proposal on veterinary medicines currently under discussion. This is a good example of where guidelines can act as a set of rules that can be translated into laws to create a level playing field among all players.