How transparency can help monitor potential scandals in the TTIP negotiations

When I am asked why more transparency is needed in the TTIP negotiations, I reply it is because these trade negotiations are not mere ‘business as usual’; rules affecting our living standards are on the negotiating table and we should make absolutely sure that hard-earned consumer protections in Europe are safeguarded.

Nevertheless, it may not always be evident just how transparency serves as a safety net protecting standards. Let me give you an example which clearly demonstrates the relationship between the two. 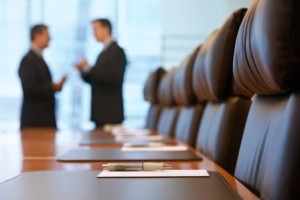 Recently (20/01/2015), the lobby organisation advocating the interests of the cosmetics industry in Europe – Cosmetics Europe – sent a letter to Trade Commissioner Malmström seeking the addition of industry experts to the EU negotiation team in the areas of safety assessment and market control.

“TTIP provides the unique opportunity of the decade to resolve long-standing regulatory divergences between the EU and the US that create unnecessary barriers to innovation and trade to the €3 billion transatlantic cosmetics business”.

Let me give you a few examples of what some of these long-standing regulatory divergences between the EU and the US in the field of cosmetics look like.

Currently, the EU forbids 1,328 chemicals and regulates more than 250 ingredients, while the US bans approximately 11 substances at federal level.

Even though still authorised, there are 26 different types of fragrances contained in cosmetic products suspected as causes of allergies, American companies are not obliged to list them as ingredients. This puts vulnerable consumers at risk. In the EU, these fragrances are mandatorily listed in the ingredients of cosmetics.

Regrettably, this is also the case with labelling nanomaterial ingredients in the US.

Additionally, EU regulators have declared it a goal to act on endocrine disrupters (substances capable of altering our hormonal system) and the ‘cocktail effect’ (combinations of endocrine disrupters), while there is little appetite in the US for integrating the latest science into risk management. You can read more on this in our previous blog post: ‘Cosmetic products: What TTIP will not make up’.

Interestingly, the above regulatory differences between the EU and the US are often characterised as barriers to trade by the industry. Letting industry experts join the negotiations would be a scandal from the public interest perspective, particularly if their presence was not matched by an equal number of public interest representatives. Yet if it was not for transparency (via ‘caROL’, the Commission’s online database) we would not even be aware of the industry intentions in the first place.

We are surprised by Cosmetics Europe’s bluntness in straightforwardly asking to be part of the negotiation team and we will certainly follow the issue closely to see how the Commission responds to this request.

We should not be naïve, we know that industry experts are in contact with the Commission not only to offer their expertise on technicalities of the matter, but also to exert pressure to their benefit. The industry’s animation before, during and after the negotiation rounds is indicative of their massive interest in this trade deal. However, accepting their representatives at the negotiation table would be crossing yet another line of democratic control.

Let us be clear: more transparency in the TTIP negotiations is not just a mantra devoid of meaning. It’s an essential demand which could make up for the lost public trust in these negotiations.