NextHow will TTIP affect the health of Europeans?
FoodTrade

How TTIP will affect consumers in the EU’s neighbouring countries 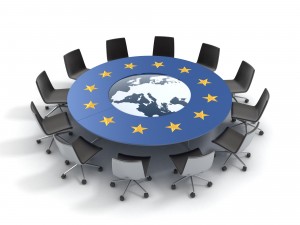 Much has been written about the potential impact of TTIP on consumers in the European Union. Beyond that, one cannot help but wonder how TTIP will affect the EU’s neighbouring countries and citizens.

Iceland, Liechtenstein and Norway are three countries which have come together with the EU Member States in a single market, referred to as the “Internal Market” under the European Economic Area (EEA) Agreement. Even though these countries are not part of the European Union, a transatlantic trade deal will impact upon their consumers.

This is because Norway, Iceland and Liechtenstein will have to then implement all changes in EU legislation which derive from any TTIP deal because the EEA agreement guarantees equal rights and obligations within its broader internal market for citizens and economic operators. Negative consequences for consumers in these countries could include finding food on their plates and cosmetic products onto their shelves which have not been produced according to European safety standards.

When changes to standard EU legislation are proposed, longstanding procedures and processes exist to enable dialogue between the EU and these neighbouring countries and ensure democratic scrutiny. However, TTIP as a trade agreement would deviate from such systems.

Given the secrecy surrounding TTIP negotiations, EEA countries cannot count on the EU institutions to provide democratic scrutiny during the talks on the content and impact on their consumer protection regulatory framework.

My experience when participating in August in a conference organised by the European Movement in Norway has convinced me that the implications of TTIP are not on the radar of decision makers of these three affected countries, even less with their public.

It is of vital importance that public debate around TTIP is initiated and that involving EEA countries in the process is encouraged.

The possibility of formal involvement exists under the EEA agreement, be it through the Joint Parliamentary Committee or the EEA Consultative Committee. Trade ethics require that EU negotiators provide an informal space to convince EEA countries their consumers’ interests are being taken on board.