How will TTIP affect the health of Europeans?

The ongoing public discussion in the UK as to whether their National Health Service will be affected by TTIP is a sign Europeans are increasingly worried about the extent to which their lives could be affected by this transatlantic deal. 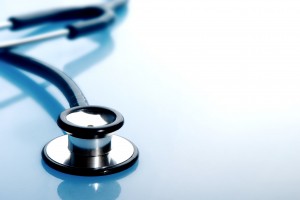 But how could possibly a trade deal affect the health of citizens? The answer is complicated and simple at the same time. TTIP is not a standard trade deal because the negotiators are aiming not just to eliminate what are already low tariffs, but also to align regulations in many sectors. So what would this mean for the health sector in Europe? The European Consumer Organisation sees both potential benefits and risks for consumers in the mooted TTIP deal.

The transatlantic trade deal could be the starting point for closer cooperation between health authorities on both sides of the Atlantic. Specifically, closer cooperation between the European Medicines Agency (EMA) and the US Food and Drug Administration (FDA) could lead to improved consumer access to innovative medicines and substantial exchanges of information on safety issues and inspections.

Recognising clinical trials on both sides of the Atlantic could save lives and resources. Greater harmonisation of technical requirements could facilitate the sharing of clinical trial results conducted in Europe with the US and vice versa. This could save more patients from the risky process of experimenting with the drug, especially vulnerable groups such as children.

Currently, European and American authorities conduct inspections of companies’ facilities on their territories and third countries to check compliance with good manufacturing practices and verify the quality of products. Closer cooperation between EMA and FDA could avoid duplicating such inspections, thereby more effectively using resources.

Finally, BEUC would like to see an upwards harmonisation of regulations in the medical devices sector on both sides of the Atlantic under a TTIP agreement. Europe could make great gains from adopting American safety standards when it comes to medical devices. European consumers are often treated as ‘guinea pigs’ for medical devices, in comparison to those in the US[1] . Many European market products are never approved in the US as they are considered dangerous and ineffective[2]. America has a pre-market approval system which allows for closer scrutiny of the safety and effectiveness of products such as pacemakers and breast implants before they are available on the market.

A transatlantic trade deal could help revolutionise cooperation between European and American health authorities by putting patients before processes. But this can only prove beneficial to consumers if the deal does not become tarnished by the following risks.

At present, only half of all the clinical trial conducted worldwide are published and some are not even registered[3]. Information on what was done and what was found in these trials could be concealed from doctors and researchers forever, leading to poor treatment decisions, missed opportunities for evidence based medicine and the repetition of trials.

Recently, the EU has made considerable progress towards rendering clinical trials more transparent thanks to the new Regulation on clinical trials and the new European Medicines Agency (EMA) policy on clinical data disclosure. Europeans will soon benefit from greater access to information regarding the safety and efficacy of their medicines. Notably, this a far cry from the information American consumers have access to.

All the more so after the US pharmaceutical industry urged the US Government to “engage with the EU in every possible venue” to resolve the problems raised by the new EU data sharing policy[4].

Clinical trials reports should not be considered commercially confidential and public health interests should prevail over commercial considerations.

Moreover, we are concerned about the bigger role negotiators want to give to pharmaceutical companies in pricing and reimbursement decisions. Currently, the price of a drug in Europe is fixed after negotiations between the government and the pharmaceutical company. Granting more power to the industry will likely lead to less affordable medicines in Europe.

Additionally, we do not want TTIP to delay consumers’ access to cheaper generic medicines- by changing the patents extension. The longer a time the patent of a drug is extended by, the more time it takes for the generic, cheaper alternative to hit the market, thereby burdening consumers’ pockets. Finally, we will oppose any attempt within TTIP to include provisions regarding industry information to patients. Unlike in the US, in Europe ‘direct to consumer advertising’ (DTCA) of prescription medicines is prohibited, as it leads to inappropriate and costly demands for medications. The EU ban on DTCA should not be called into question.

To me, it is evident there are more health issues at stake for consumers in the TTIP deal than publically known at the moment. The example of the National Health Service in the UK is only the tip of the iceberg.