Making clean cars work for consumers in the 2020s

In the next decade, the automotive sector has a huge chance to rid itself of its bad-boy-Dieselgate tag and clean up the cars of the future. This means an investment in technologies that will cut emissions and the cost of driving for consumers. The question is, will EU decision makers support this opportunity or will it stall on the hard shoulder?

Our research shows that driving more fuel and energy efficient cars should help reduce the cost for motorists between 2020 and 2030. Ultra-low carbon electric vehicles will substantially drop in price and be highly competitive, if not cheaper, to run than conventional cars by the mid-2020s. And consumers driving a new fuel efficient petrol or diesel car in 2025 could save almost €10,000 over the car’s lifetime (compared to a 2015 vehicle).

Dieselgate has shown us that targets are only as good as the monitoring programmes that are in place.

However, these new technologies – including improvements to the internal combustion engine, hybridisation and use of lower weight materials – will not be brought to the market by themselves. It will require a smart legislative system that puts in place the right market rules. 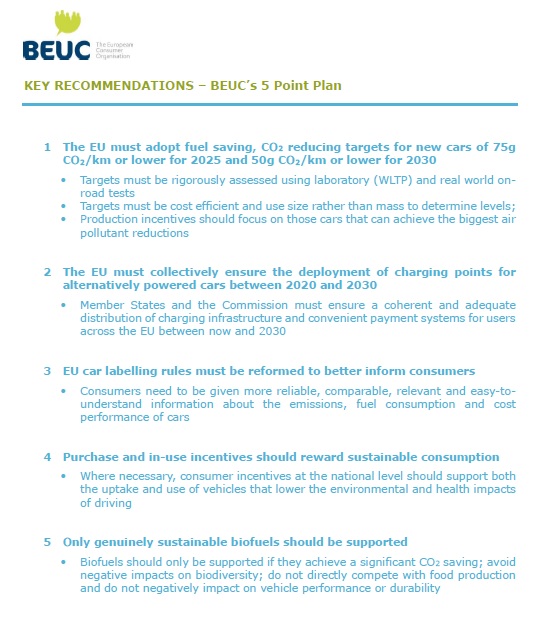 The starting point for decision-makers is to set ambitious fuel saving, CO2 reducing targets for 2025 and 2030. We propose the EU adopts a new CO2 target of 75g CO2 per/km or lower for new car sales for 2025, shifting down to 50g CO2/km by the end of the decade. For 2025 this would mean approximately 15% of new car sales being Ultra Low Emissions Vehicles (ULEVs) – cars that either run fully on electric, hydrogen or have plug-in electric capability.

Such targets look challenging today, but ULEV sales are growing. And if any proof was needed about the capability of car makers to deliver these vehicles, you just have to look at some of the sales predictions that the likes of Volkswagen and Daimler have made. These indicate all-electric car sales as high as 25% by 2025.

Setting targets is however not an end in itself. Dieselgate has shown us that targets are only as good as the monitoring programmes that are in place.

Although we have a new and improved laboratory test for measuring a car’s CO2 and fuel consumption (known as the WLTP) we also need an on-the-road test. Such a test should be designed to keep things real and to prevent a deviation away from normal use, as they have done over the past 20 years.

Sadly, today, the gap between official fuel consumption figures advertised by car makers and what occurs in the real world lie miles apart. For example, the Austrian consumer group AK Wien found that for the top 30 selling cars in the country, owners were paying almost €300 more per year than otherwise expected. In Slovenia, the consumer group ZPS found that drivers there collectively spend an additional €100 million  per year. This situation needs fixing and it is a real world test that must be put in place. 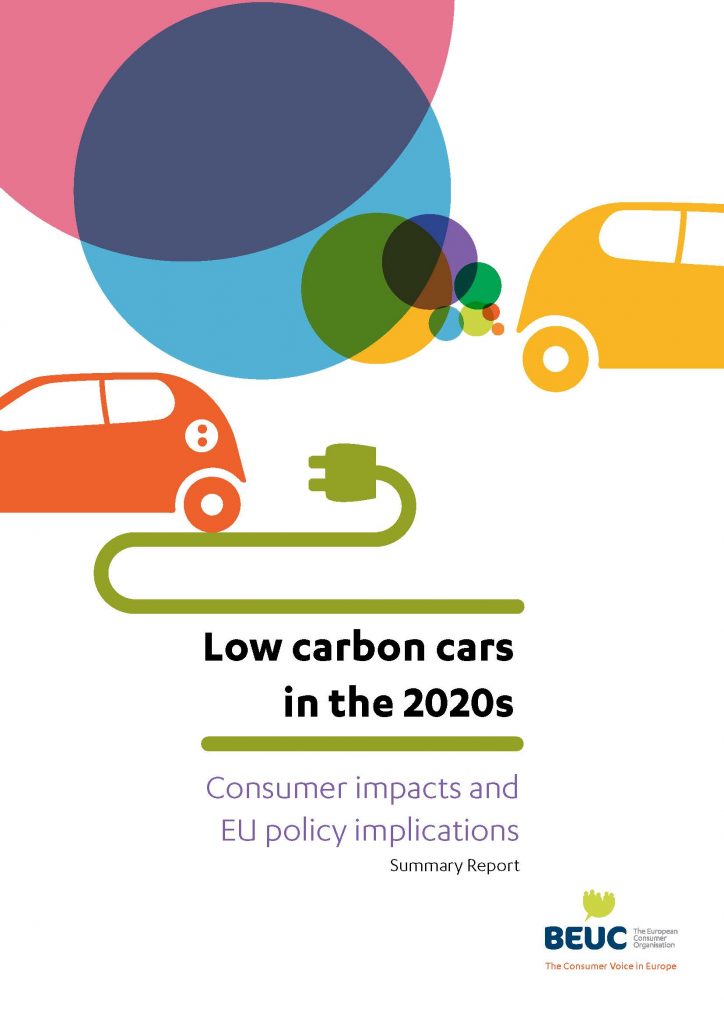 Having more reliable information for consumers is only one side of the coin. It must also be delivered in a clear and user friendly manner. This is why the EU needs to reform its car labelling rules.

This reform must lead to a car label that shows consumers a vehicle’s running costs and emissions. Without such information, consumers will never be able to make an informed decision and the likelihood of them buying a clean, low cost car will be further diminished.

However, it’s not just about setting ambitious and reliable targets and informing consumers. We also need to think about the new charging infrastructure that is needed for electric cars, the incentives that are necessary for consumer uptake and the role that biofuels can play.

Ultra-low carbon electric vehicles will substantially drop in price and be highly competitive, if not cheaper, to run than conventional cars by the mid-2020s. And consumers driving a new fuel efficient petrol or diesel car in 2025 could save almost €10,000 over the car’s lifetime.

We expect the Commission to come forward with legislative proposals this year that will enable consumers to have access to clean, low carbon, fuel efficient cars. This will allow them to save money and better protect both the environment and their health.

Dieselgate has left a nasty taste in the air and has shattered consumer confidence in car makers. Let’s make sure that we have a system in place for the next decade that puts Dieselgate behind us and drives down emissions too.

Read our full position paper on a European approach to reducing car emissions between 2020 and 2030 here.