“I have lost 10 kilos over the last year”, an energetic insurance lobbyist told me last week. He told me that his smart watch had registered all the calories he had managed to shed. “Don’t I deserve a cut in my health insurance premium now?”, he asked me.

“Well, no” I told him. “You might be terribly underweight now, increasing your health risk. Or your daily runs might have over-exposed you to gulfs of polluted air or reckless taxi drivers.” The insurance guy smiled reluctantly.

Of course, there are correlations between people’s fitness data, eating patterns or sleeping habits and their health outcomes. As much as there might be links between their social media posts and driving behaviour, between their spending pattern and the willingness to accept an offer or claims settlement and even between Facebook time and the risk of depression. But correlation does not mean causality in the real world.

Will insurers’ big data appetite  starve them in the end?

Insurers are very keen to exploit these terabytes of data and spend billions on buying number crunching artificial intelligence. So they can all bless us with ‘personalised products’ and ‘incentivise’ us to drive more safely, eat more healthily, do more exercise and even brush our teeth better. “You can ‘t be against this, right?”, the insurance guy tried again.

“Well, yes I can” I told him to his despair.

Capitalise on the numbers 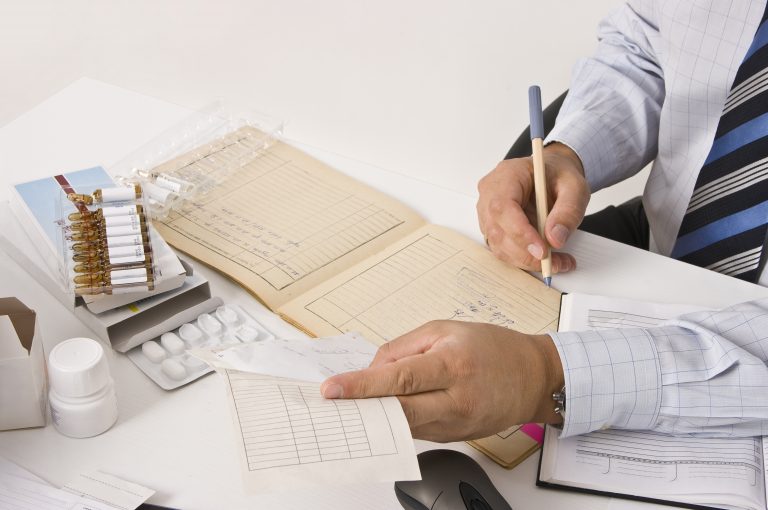 Big data analytics will help the industry ‘optimise’ their business revenue by personalising quotes or claims settlements. Less assertive consumers who e.g. don’t surf around to compare prices – intelligence happily sold by Google – will be offered a worse deal.

Multi-billion euro companies like AXA are not handing out free smart watches because they want to stimulate sporty behaviour. Instead, big data analytics will help them to target the most profitable customers, especially those with lower risk profiles. More vulnerable consumers or those unwilling to share their whereabouts, fitness data or other private info will pay the bill. You can read more in our recent position paper.

Or, as an Insurtech guy explained recently in the FT “Imagine that mobile phone signals or other sensors detect that a person is about to walk down a road where several people have recently fallen over because of ice,” he says. “The insurer will react by either sending a message warning the person to walk more carefully or else automatically increase the premium and cover while the policyholder is walking down that road.”

“Such financialisation of one’s private life is the next step in 24/7 surveillance capitalism”, I whispered.

It is not about choice

By this stage I needed to calm down the insurance guy, telling him that he should be glad that he was not (yet) disclosing his blood pressure levels to his insurer. “But it is all about consumer choice, and people don’t care about their privacy anymore, no?”, he retaliated.

“Euhm, not really”, I insisted.

Googling and Facebooking your way through life can prove very handy and pleasant, but most consumers don’t know what happens with their data and what profound implications they could have on less fun things. Like dealing with insurance, which is often not a choice but something you have to do by law. 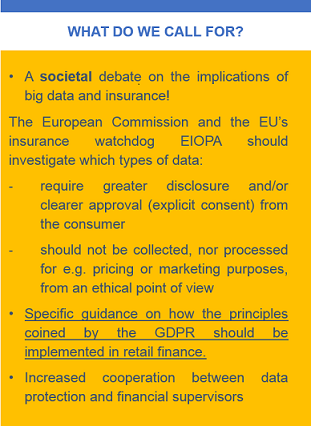 “Living in a poorer neighbourhood or having a body that is not up to running the next 20km in town is not really a consumer choice”, I said. As premiums become more personalised, risk pools will become smaller. The happy (running) few will profit – if they are willing to share how healthy, safe and cautious they are living their lives 24/7. Solidarity with those unwilling or incapable to live up to their insurers’ expectations will erode rapidly.

In the longer run, the model of risk pooling which is at the heart of insurance could be overhauled by big data analytics. Consumers with low risk profiles will no longer need insurance, while vulnerable consumers are unable to pay for it.

“Ultimately, I want to save your job”, I concluded before going for a quick run. Not telling him where though.