Your flight was cancelled at the last moment. Or you found out at the airport that you cannot check in as your flight was overbooked. Sounds familiar? That’s because millions of people find themselves in this kind of situation all the time.

Back in 2004, the EU passed legislation to better protect passengers travelling by plane but too few of them know about these rules and even fewer actually use them. Research carried out by the British consumer organisation Which? showed that only four in ten passengers whose flight was delayed have claimed compensation. This means that passengers might be missing out on millions of euros. And why is that?

Passengers left in the fog 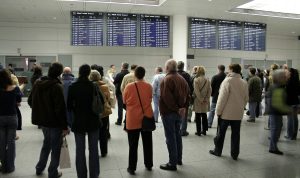 Over time, the answers to those questions started to arrive from the Court of Justice of the European Union, the European institution in charge of interpreting EU law. But again, consumers did not often know about its judgements. In many cases passengers were being misinformed or misled by airlines who were trying to avoid paying them compensation.

Enforcement procedures can be very lengthy, costly and sometimes simply out of reach for the regular consumer.

Luckily, this year the European Commission decided to finally look into this problem. It summarised and compiled the judgments of the court in a single document. This will help experts and practitioners to help consumers get compensation. However, its legal character won’t make it easier for consumers to know what rights they actually have.

Lost in time and procedures

Being well informed is what empowers consumers. Unfortunately, another obstacle stands in the way of that goal: enforcement procedures. These can be very lengthy, costly and sometimes simply out of reach for the regular consumer.

Some authorities take even up to six months to respond to a complaint. 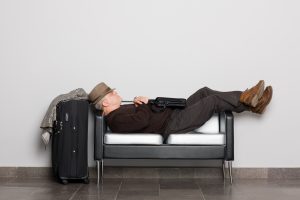 The EU law mentioned above sets out how passengers can reach their compensation. But it can take a long time to get there. Passengers are asked to complain to the national authority after their complaint to the airline fails. When they finally figure out which body is responsible for their case, they might face language barriers if the authority is from a different country. Consumers have certain expectations of this type of procedure, but they are not always met as there are differences in the way different national authorities handle passenger complaints.

Two things remain the most discouraging in using this procedure: it is lengthy and doesn’t always yield positive outcomes. Some authorities take even up to six months to respond to a complaint. They may (but are not obliged to) issue a non-legally binding opinion on a specific case. So what is in it for the passenger? Not much. If he or she is lucky, the airline will follow this opinion directly. If not, he is back to square one.

Going to court vs mediation

Passengers can, in theory, settle their dispute out-of-court by using the assistance of an impartial entity (a so-called alternative dispute resolution body). The advantages of this option are clear: it’s cheaper and faster than going to court.

Unfortunately this option is only voluntary for traders. This means many consumers may still not have their case resolved, leaving them with court action as the last resort. However, this solution is for many too costly and too lengthy to be worth the trouble.

This is where consumer organisations can come to the rescue 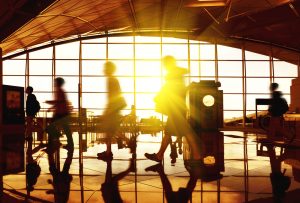 Luckily, during this journey full of obstacles, passengers in many countries can count on the advice and assistance of consumer organisations. They can provide information when needed or even sometimes help in obtaining compensation for cancelled or delayed flights. In the past, many consumer organisations went to court to ensure that the contract terms used by the airlines were not unfair and harmful to consumers. Unfortunately, this type of assistance cannot bring solutions to all passenger problems.

What is really needed is a better system of effective and consistent enforcement that will apply to all. Hopefully, the reform of the Air Passenger Rights Regulation, if finally adopted, will reinforce and clarify the powers of national enforcement bodies, strengthen their cooperation and oblige the airlines to be more accessible for consumers. Without those elements passengers will keep running in circles instead of making full use of their rights.