NextAir passenger rights have not taken off
Health

Playing with consumers’ health: game over?

When you can’t access a drug treatment because of its price, you’ve probably run out of options. This is what happened some years ago to some patients affected by a severe eye disease [1]. They were denied treatment due to a secret agreement between Roche and Novartis to promote an expensive drug (Lucentis) instead of a cheap one (Avastin).

This, unfortunately, could also be the case today for patients suffering from Hepatitis C, because the pharmaceutical company Gilead decided to sell its drug Sovaldi at a very high price. Despite the efforts of the Italian public health authorities to negotiate a lower price, excessive prices and market restrictions hamper many people’s access to treatment.

National competition authorities should be able to define the relevant market independently from the content of the marketing authorisation. This is for the simple reason that any other solution creates an incentive for pharmaceutical companies to share markets between them by strategically requesting (or not) market authorisations.

Back to Avastin and Lucentis. In 2015, the Italian Competition Authority fined Roche and Novartis €180 million. Both companies were accused of agreeing to restrict competition by blocking sales of Avastin, a cheaper alternative to Lucentis. According to available studies, both medicines can be used to treat age-related macular degeneration (AMD), a serious eye condition common among the elderly, and other eye diseases. But Avastin is approximately 10 times cheaper than Lucentis. 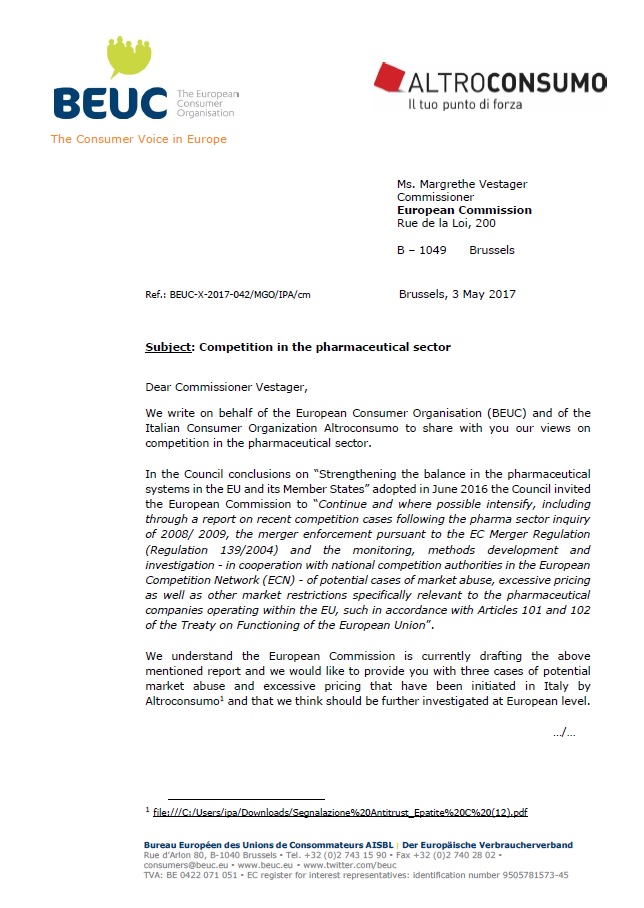 Joint letter by BEUC and Altroconsumo on competition in the pharmaceutical sector to European Commissioner Margrethe Vestager.

Avastin is a cancer drug but it can be prescribed ‘off-label’ for AMD, i.e. with no authorisation for this specific condition but scientifically deemed safe. The two companies claimed Avastin is more risky than Lucentis, thereby unduly influencing doctors’ choices when they have to prescribe treatment. Such practices artificially channel demand towards the most expensive solution. This placed an extra burden on the Italian healthcare system, which amounted to €45 million in 2012 alone.

The European Court of Justice has a public hearing about the case today to decide to confirm or not the sanction imposed by the Italian Competition Authority [2]. And we at Altroconsumo think they should take into account the following points.

First, a licensing agreement such as the one between Genentech (a subsidiary of Roche) and Novartis dealing with the medicinal product Lucentis gives no legitimacy whatsoever to a boycott of a different drug such as Avastin, which is part of another licensing agreement.

Then, national competition authorities should be able to define the relevant market independently from the content of the marketing authorisation. This is for the simple reason that any other solution creates an incentive for pharmaceutical companies to share markets between them by strategically requesting (or not) market authorisations. Exactly the way Roche and Novartis did.

A medicinal product used off-label thanks to the evidences of independent physicians treating patients under their responsibility and one that has been approved for the same therapeutic indications should be considered part of the same market. Therefore any concerted practice between pharmaceutical companies dealing with such medicinal products may be considered as hampering competition. 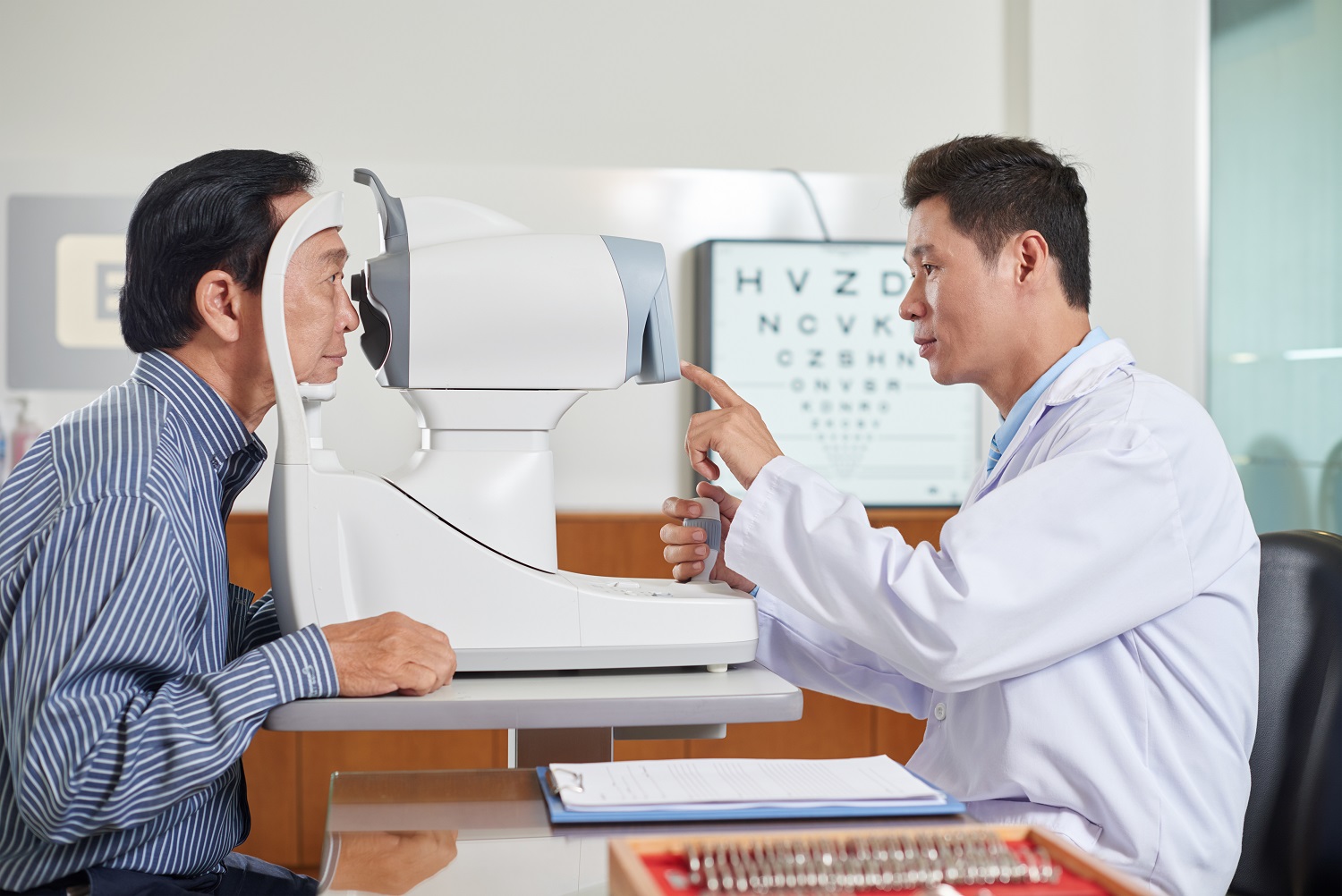 Finally, there is no doubt that a concerted practice to make a product seem less effective or safe, as Novartis and Roche are doing, without any scientific evidence, should be regarded as an attempt to restrict competition. Such a deal reduces the sale of a (cheap) medicinal product and favours a competing (and expensive) product, and therefore to share the market of such products.

The two companies claimed Avastin is more risky than Lucentis, thereby unduly influencing doctors’ choices when they have to prescribe treatment. Such practices artificially channel demand towards the most expensive solution.

I am looking forward to ruling of the European Court as consumers’ hope is that the European Commission, national competition authorities and pharma companies will finally enhance their cooperation to ensure patients can access the medicines they need.

Competition affects several aspects of everyday life. But when it comes to health, it is hard to believe that when you face a disease like hepatitis or the possibility of becoming blind, someone is making a huge profit out of it. In other words, dominant companies who prefer making profits over reinvesting money in research to save more patients.

Luisa Crisigiovanni is the Secretary-General of Italian consumer group Altroconsumo.