NextWhat kind of TTIP does the European Parliament want?
Trade 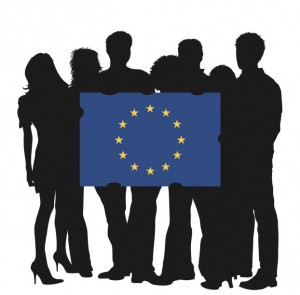 The European Parliament has been working for months on its recommendations to the Commission on the Transatlantic Trade and Investment Partnership (TTIP) negotiations. No less than 14 committees were involved. At the last minute, the vote was postponed. In this blog I will elaborate why this is a bad development for consumers.

Strasbourg: not the message consumers were hoping for

Citizens weren’t expecting internal political battles. They were hoping that their representatives would send a strong message to the negotiators. Now they are being told that, for the greater good, they have to wait a little longer to ensure that a good resolution is adopted. Well, we really hope that will be the case and that essential recommendations will not be diluted in the process.

Why is it necessary to have a resolution?

When the TTIP deal is concluded, the European Parliament will have ultimately to give its consent in order for the agreement to come into force. Saying yes or no to such a deal is not a decision to be taken lightly. That is why the European Parliament must give the Commission a clear indication of what is acceptable or not (see previous blogposts on food, chemicals and health).

Consumers expect a strong message from the European Parliament

We need this resolution. Now is not the time to say ‘yes’ or ‘no’ to TTIP. It’s about making sure the Commission negotiates a good deal for citizens. From a consumer perspective, it would be very positive to see consumer rights highlighted in the resolution, including references to regulatory cooperation, food safety, data protection, financial services, and transparency. Some of these points were reflected in the report adopted by the leading committee and should be improved on in plenary.

TTIP is doomed to be rejected if ISDS is not excluded

It’s a pity to see that it’s the investor to state dispute settlement mechanism (ISDS, see related blog post) which is preventing the European Parliament from adopting a resolution that would address topics that concern citizens and their daily lives. It clearly shows that insisting on the inclusion of this outdated mechanism will lead to the rejection of TTIP, even in its reformed version.

Now is the time for the political groups in the European Parliament who support TTIP to evaluate what will have the greatest political cost: supporting a reformed ISDS and facing rejection of the deal, or promoting alternatives to ISDS to secure consent for an ambitious deal?

Why is ISDS even needed if there is no clear correlation between the dispute settlement mechanism and investment flows anyway, and if the EU and US offer plenty of other ways of providing investment protection?

This week, the coordinators of the international trade committee will have to find a solution to allow the resolution to be put to a vote in the months ahead. We hope that they will not forget that citizens are expecting them to send the right message to the TTIP negotiators. Being an elected representative comes with great responsibility.

This resolution is also an opportunity for the European Parliament to show citizens, the Commission and the Council that it is taking its new power to ratify international agreements seriously.

As exciting as the last couple of days have been, it’s now time to put our heads together and find common ground on the consumer framework that TTIP must respect.