NextWhy cooperation should be the Brexit-buzzword
Digital rights

Since 15 June, roaming fees in the EU are part of history. That is undoubtedly great news for consumers and a big step towards the creation of a single market for telecom services. But it has also created a terrible paradox: now that roaming fees are no more, it is very likely that you’re better off calling a friend while traveling abroad than if you’d call her or him from your home country. A Dutch consumer for instance would be better off calling her friend in France while shopping in Antwerp (Belgium) rather than calling her from her home town in the Netherlands.

How is that even possible?! 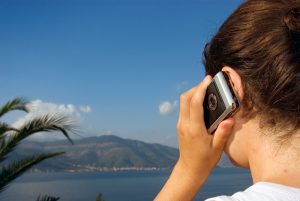 When you are in your home country and use your mobile phone to call someone in a different country, your telecom provider can charge you whatever price it deems fit. This is a standard international call, and since you phone from home, roaming rules do not apply. Unfortunately, the situation is dire for many consumers: the prices of such EU international calls are alarmingly and unfairly high.

About a year ago, our national member organisations scanned 14 mobile markets to check how much consumers are paying to call other countries. We found that on average, consumers pay €0.60 per minute, and it can be as much as €2 per minute. Spot the difference: placing that very same call will cost mobile providers an average of only €0.014 cents per minute. That’s a profit margin of roughly 5000%! The situation when sending an SMS across a border is not much better.

Why should consumers be penalised when calling someone abroad?

This situation must be tackled: consumers are being overcharged. The easiest way forward would be to prohibit different prices for domestic and cross-border calls. After all, in a Single Market for telecoms, prices should not differ just because your phone call crossed a geographical border.

Such price differences would only be justified if the costs for mobile operators would significantly differ. But that’s not the case. In fact, data shows that it can be cheaper for a Dutch mobile phone operator to arrange a call to Malta than to another Dutch operator. Hence, why should consumers be penalised when calling someone abroad? 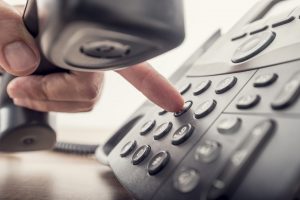 Now that the draft law is making its way through the Parliament, MEPs of the responsible Internal Market and Consumer Protection (IMCO) committee are set to include a rule that would tell mobile providers that they can charge whatever price they want for mobile calls, but the price has to be the same for domestic and international calls – unless price differences would be objectively justified.

This situation must be tackled: consumers are being overcharged.

On 4 September the IMCO committee will cast its vote and hopefully pass this important anti-discrimination principle. After all, a phone call is a phone call: just because it crosses a border within a single market doesn’t justify a price increase!