Successes and challenges of the French law allowing group actions

The French collective redress procedure, where consumers can go to court as a group, will soon enter its 5th year of operation. Time to have a look at what has been achieved (or not). It’s certainly food for thought in the heated debate currently taking place in Brussels on creating such a system for all Europeans.

The primary goal of collective redress has always been to ensure a fair market for consumers so that they are compensated for harm and to prevent violations of the law by companies from being economically advantageous. A concrete example in France was the anti-competitive agreement reached between French mobile phone operators back in 2002.

The damage: 20 million subscribers with an average damage of 60€ per consumer. That’s a fraud of €1.2 billion…

The cartel was sanctioned in 2005 by the French Competition Authority, on UFC-Que Choisir’s initiative. The fine reached 534 million euros. Conclusion: although the fine might seem large, a big part of the fraudulent profit remained in the pockets of these companies … whereas the victims were never compensated.

After the introduction of article L.623-1 into the French Consumer Code in 2014, things would have been different. 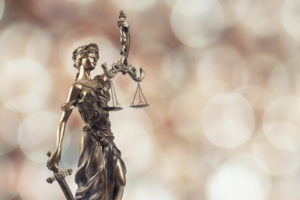 Compensation for individual damages suffered by consumers, where the breach of legal or contractual obligations by a trader for selling goods, providing a service or for anticompetitive practices is the same, is now possible. A collective action may be launched by certified national consumer organisations, as long as there are a minimum of two cases of consumers who have suffered damages. Since 2014, a dozen actions have been launched (among which 4 by UFC-Que Choisir). This low figure is however indicative of the limitations inherent to the existing system.

Specifically the problems are:

The last two points are especially problematic given the need to preserve all evidence.

The dieselgate scandal showed the weaknesses in the French collective redress system.

No collective action was launched because of the difficulties to prove economic prejudice. French victims –- were left sidelined despite Volkswagen acknowledging its fraud!

What needs to be changed

Some cases might indeed be complex, but in no way should complexity be used as an excuse to deny consumers a right to compensation. What is covered under damages should be extended (moral prejudice should be included) and the quantification of the damage should be as easy as possible to make compensation to consumers possible. One should take inspiration from the EU directive on actions for damages in competition law regarding a possible flat-rate evaluation by the courts when it comes to the quantification of the harm (article 17.1). 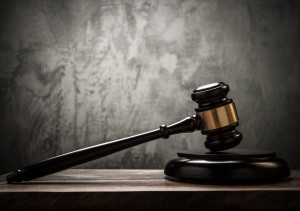 Last but not least, the courts themselves can be reluctant. In recent decisions, two collective redress actions in the area of housing (including the first one launched by UFC-Que Choisir against French estate agents FONCIA) were declared inadmissible.

The courts gave a very restrictive interpretation of the law, stating that the rules governing the housing sector were not governed by the French Consumer Code, and therefore collective redress wasn’t possible. This interpretation could endanger the whole procedure by excluding any legal obligation not included in the Consumer Code.

Enforcement (i.e. redress) has been tagged as the main problem with EU consumer law. Recent scandals have indeed demonstrated the incapacity of Member States, market surveillance authorities, consumer associations and therefore consumers themselves, to provide a coordinated, pan-European response to fraudulent practices that affect all or several Member States. This is no longer acceptable: the counterpart of a European internal market should be a Europe of Justice for consumers. The proposal to allow group actions everywhere in the EU, currently being discussed in Brussels, needs adoption.