The European Commission: The importance of unbiased communication on TTIP

The ongoing Transatlantic Trade and Investment Partnership (TTIP) negotiations are being conducted behind closed doors, with the public having no way of knowing what is at stake aside from officials’ statements.

When it comes to informing citizens on the issues being negotiated within TTIP, the European Commission as our official negotiator, has a monopoly on the words. Crucially, it is the accuracy of these words which will frame people’s perception of what is still a distant outcome and define the legitimacy of the negotiations. 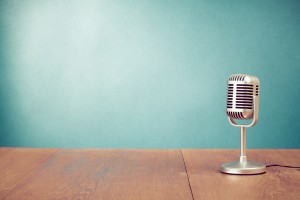 This reality is the reason which led to two civil society organisations – BEUC and Friends of the Earth Europe – to question the way in which the Commission uses figures in their Economic Impact Assessment of TTIP.

In a letter addressed to Commissioner for Trade, Karel De Gucht, we have underlined the importance of language as a means to mould and too often mislead public opinion on issues related to TTIP.

Both organisations stress that the Commission is projecting an overly positive economic outcome and hushes the grimmer economic scenarios.

Commissioner Karel De Gucht stated in a speech in October 2013 that a TTIP agreement “would likely translate into millions of new jobs for our workers”. Yet at the same time, the European Commission described the only study predicting the generation of more than one million jobs from the TTIP (in all of Europe roughly 1.4 million jobs) as “unreasonable” and labelled its estimates “unrealistically high”.

Similarly, in a recent speech given at the Swiss-American Chamber of Commerce, Commissioner De Gucht said “an ambitious TTIP will boost the prosperity of both of our economies – by about 0.5% in the EU and 0.4% in the US, and these are likely to be low estimates”. Yet, the opposite is the case: the figures cited represent the high end and not the low end of the estimates from the CEPR study.

In order to gain public acceptance of TTIP, the Commission employs marketing techniques which abound with positive projections. People run the risk of endorsing TTIP based on messages shaped by misleading figures. Even though BEUC recognises TTIP’s potential benefits for consumers, we call for honesty and transparency of its eventual implications. These are the reasons why we urge the European Commission to acknowledge the whole spectrum of possible outcomes when referring to the impact of the trade deal.