NextFor better or for worse? The Commission and its ‘better regulation’ agenda
Digital rights

A few months ago, the EU institutions finally adopted the first ever European net neutrality law. Following several years of fierce debates, European leaders realised the importance of protecting one of the most fundamental principles of the internet. The EU follows a handful of countries around the world such as Chile, Brazil, The Netherlands, Slovenia and the US in setting up net neutrality rules.

Why is net neutrality important for consumers?

Net neutrality means that you get to freely choose the content you want to see and the applications you want to use on the internet. It means that if you want to use your new smartphone to call your friends on Skype, Viber or WhatsApp anytime you want, wherever you are, nobody will impede [1] you from doing so. It means that if you prefer to watch films and TV series over Netflix instead of via your internet provider’s digital TV service, you are entitled to do so, and your provider cannot slow down your Netflix traffic.

It means that the companies that manage the internet’s highways cannot become the gatekeepers of what you can or cannot do online. It means that new, creative ideas can continue blossoming and reaching out to the entire internet’s user base. And it is then consumers like ourselves who decide what succeeds and what doesn’t. 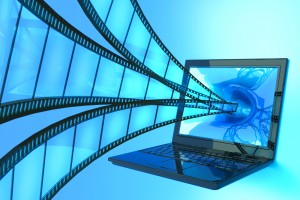 Net neutrality means, in essence, that when you get a subscription to the internet, you get access to the full internet, without any discrimination from your internet provider. In its introduction, the EU law states that it “(…) aims to protect end-users and simultaneously to guarantee the continued functioning of the Internet ecosystem as an engine of innovation.” That should be pretty straight forward, right? Well, not quite.

Are the EU rules good enough for consumers?

No. In order to be able to get a deal through, the EU decided to adopt a net neutrality law that contains a handful of imprecise and lax rules. These few, but very important, elements of the law could undermine its very essence and purpose.

Zero-rating has become one of the most problematic practices that contravene the principle of net neutrality. It has to stop.

The EU has tasked the Body of European Regulators for Electronic Communications (BEREC), the club of national telecom regulatory authorities, with working on the details that the EU law could not deal with. BEREC is now preparing its guidance. It will briefly consult with stakeholders in June-July 2016 and publish the final text by the end of August.

Make no mistake about the innocent word ‘guidance’: BEREC’s document will determine whether net neutrality is truly protected in Europe or not.

What do we think BEREC should do?

BEREC is expected to provide more clarity on things that remain ambiguous, such as:

On this last element, BEREC must take an important decision on whether the EU rules do or not allow for zero-rating of content. Zero-rating has become one of the most problematic practices that contravene the principle of net neutrality. It has to stop.

Net neutrality means that you get to freely choose the content you want to see and the applications you want to use on the internet.

On each of the above points, BEREC must ensure that the rules truly meet the purpose of the EU law: protecting consumers’ right to an open, non-discriminatory access to the internet, and guaranteeing the internet continues to be the great, innovative tool it has always been.

[1] Blocking of Voice-over-IP services (such as Skype and Viber) over mobile connections has been one of the most commonplace violations of net neutrality in the EU. In 2012, BEREC reported that between 21% and 36% of internet access subscribers were affected by blocking or throttling depending on the type of application.

[2] When you buy an internet access service that has a limit on the amount of data you can use per month (a data cap), internet providers will sometimes exempt a specific internet service or application from that cap: a practice that is commonly known as zero-rating. That service could be Facebook, Spotify, or the provider’s own TV service, for example.