NextRegulatory cooperation: perhaps boring, but the TTIP storm on the horizon
SafetyTrade

The new EU proposal on cosmetics: Finally beyond lip service?

Last week, the Commission discretely[1] published on its trade website a new version of its position paper on cosmetics within The Transatlantic Trade and Investment Partnership (TTIP). 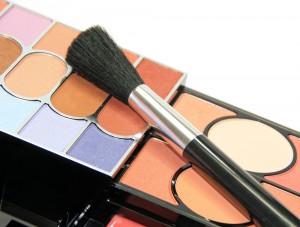 The main difference with the previous paper is that it no longer contains a reference to the possibility of “mutual recognition” of lists of banned and authorised substances in cosmetics. (For a comparison of the old and the new versions see here). This is an interesting development in the right direction, for a number of reasons.

Allowing mutual recognition of systems which are more than just the Atlantic Ocean apart, thereby accepting banned chemicals in cosmetics, would significantly risk lowering safety standards in the EU. More than 1,300 substances are prohibited in cosmetics in the EU, while in the US this is a mere 11.

Therefore, any integration of the mutual recognition principle in negotiations on cosmetics was unanimously highlighted by public interest organisations as a major threat to the EU’s cosmetic safety regulatory framework. Acknowledging and acting on this concern in the new text is a welcome step by the Commission.

However, this change in the Commission’s position came only after prolonged foot dragging. It took many repeated appeals by public interest organisations and media reporting to achieve this change. The concerning thing is that they moved because NGOs found out. What about all the provisions we cannot scrutinise in as much detail?

This initiative also corrects a much criticised discrepancy between what Commission officials say publicly and what is actually in the text. It took time and difficult discussions to convince the Commission of this discrepancy, but repeated input by public interest stakeholders was finally heard. This contributes to transparency and trust.

Additionally, this is also a very pertinent demonstration that transparency can contribute towards improving a possible future trade deal: because the text was available, stakeholders could question the officials on the accuracy of what was being said and eventually highlight inconsistencies between public statements and the written EU position. Bringing transparency to the next level would mean being able to assess the US texts and check what they mean for EU safety standards.

However, public interest organisations need to maintain close scrutiny of this issue:

[1]We only found out because we were looking for it and were told by the Commission services that it was imminent. The new text is not labelled on the website as “New”.