TTIP & trust: Is the Commission backing the wrong horse?

Last week, we published a blog post on the impact of the European Court of Justice ruling on MEP Sophie in’t Veld’s case against the Council.

The Court’s decisions clearly stated that access should be ensured to documents relating to international agreements, unless it can be demonstrated that disclosure would undermine the negotiations. 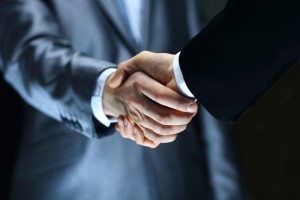 Curious as to what this development means for the transparency of the TTIP negotiations, we followed up with European Commission officials, only to be struck by their response.

Though keeping the negotiating texts secret, EU officials claim they already respect the conditions specified by the Court, as deeming them public would mean defaulting on US negotiators’ demands to keep documents out of public’s reach. According to the Commission officials, failing to respect this US request would lead to a rupture in trust between the EU and US, which would inevitably undermine the conduct of negotiations.

Now, this response raises a number of quite fundamental questions:

Until now, the European Commission seems reluctant to engage in this kind of straightforward approach, out of fear of displeasing the US. We strongly believe the Commission is backing the wrong horse in striving to win the trust of its US counterpart while it loses that of European citizens. It’s clear that the Commission can only win by opening up about the TTIP negotiations, as it will regain the trust and support of European citizens, in whose interests they are mandated to act anyway.