In this blog, I urged EU policy-makers to give us strong and tangible reassurances that TTIP wouldn’t lower standards. Well, they need to do a better job.

The peace of the Brussels’ summer was indeed troubled by the annoying news that the Commission has asked the European Food Safety Authority (EFSA), the EU’s food safety watchdog, for its advice on whether, under certain conditions, some genetically modified organisms (GMOs) could be given a “lighter” safety evaluation than the rigorous checks they must currently undergo. The exemption would apply to GMOs that are not intended for sale on the EU market but are available in other countries, and which may have found their way in small amounts[1] into food exports from these countries to the EU.

The EU currently has a “zero tolerance” policy for non-approved GMOs for food uses. Any shipment found to contain unauthorised GM food is immediately turned back. This guarantees no GM food, be it at low levels, can enter the EU without having passed all the EU safety tests required by our GMO approval system. The Commission’s move is nothing but the first step to do away with the EU’s current approach.

How not to make the link with the on-going trade talks, when both US and EU agri-food businesses trading food across the Atlantic have called for TTIP to promote a “commercially viable Low Level Presence policy”, i.e. one that would allow low levels of GM contamination and cost them less money? And when the EU has already conceded to Canada that it will “cooperat[e] internationally on issues related to biotechnology such as low level presence of genetically modified organisms” as part of the CETA agreement?

When I wrote about civil society’s fears that TTIP will lower standards some months ago, I hoped time would prove me wrong. Can I still be so optimistic?

Citizens and civil society across the EU have expressed severe concerns over TTIP’s potential to lower standards in areas such as food safety, chemicals, public health, environment and labour. EU and US officials have repeatedly responded to these concerns by saying this will not be the case.

In this blogpost, I want to look at what needs to happen to avoid this promise being baseless. 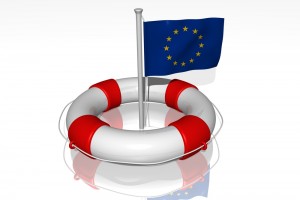 First, let’s assume that neither negotiating party wishes to intentionally lower their own standards. But, there might be a slight temptation – and here I am understating – to lower the other party’s standards, where convenient. This is not an outright demand from either side, but what else are the attack on the ‘precautionary principle’ or demands for “sound science” all about?

Then there are business calls on the EU to do away with its ban on Ractopamine pig, its zero tolerance of unapproved GMO food crops and its approach to regulating endocrine disrupting chemicals.

These demands are entirely about reducing the “trade barriers” we consider as our standards.

Then there is the ‘regulatory cooperation’ chapter, as well as sectoral regulatory provisions on food safety for instance, which make some reassurances look empty.

I have explained in a previous blog on the initial EU text proposal how it will establish structures and procedures which will put tremendous pressure on regulators to justify the admissibility of proposed legislation by evaluating its impact on trade.

In addition, some EU proposals in TTIP, like the ones on sanitary and phytosanitary i.e. food safety and animal and plant health measures and on regulatory cooperation (available on the EC website), show a fundamental paradigm shift: the priority seems no longer to be to regulate in the public interest while paying attention to the potential impact on trade. Instead, the priority seems now to be to promote trade while taking account the public interest. This shift is a most worrying development.

So what is crucial now is action, not only words, to ensure this regulatory cooperation Leviathan will not lead a life of its own, uncontrollable by those who created it. With a regulatory cooperation chapter as it stands there will be so many channels for pressure on decision makers that the risks of delayed, watered-down or even blocked EU laws in a post-TTIP world are immense.

Am I just scaremongering? Not at all. To an extent we can already preview what TTIP could mean for EU regulation. And there has been a pre-TTIP effect. The authorisation of lactic acid for meat decontamination treatment is the first (known) example. But authorising peroxyacetic acid as a poultry meat wash could be the next case to ‘facilitate trade’.

Why so much delay when it comes to regulating endocrine disrupting chemicals? Why is the 2013 proposal on cloning so weak and at odds with EU consumers’ expectations? The Council is dragging down the discussion on boosting our future data protection standards. I am not being overly pessimistic in saying that it looks to me like there is already an uncomfortable, watering down, delaying TTIP ripple effect in these examples.

What needs to happen to really reassure consumers? We urgently need to correct the trajectory to ensure an outcome which avoids this scenario. The regulatory cooperation proposal as well as sectoral regulatory cooperation provisions need to be rewritten and provide a legally waterproof exclusion of public interest legislation. If regulatory cooperation or reducing trade barriers is only about technical issues, then make it clear. Put it in black and white so it can be checked. Listen to the proposals of some European Parliament committees, notably the Environment, Public Health and Food Safety Committee as well as the Constitutional Affairs Committee who are asking the negotiators to include specific rules in TTIP to ensure standards cannot be lowered.

Policy-makers from across the EU have urged us to speed up the negotiations. What is urgently needed is for negotiators to demonstrate clear actions of how a reduction of standards can be prevented.