What kind of TTIP does the European Parliament want?

After almost two years of negotiating the Transatlantic Trade and Investment Partnership (TTIP) deal, Members of the European Parliament are now assessing progress and will make recommendations to the negotiators.

Those recommendations should not be taken lightly because they will define what kind of deal the European Parliament will be willing to allow in the end. In this blog my colleague Léa Auffret and I will assess what is at stake. 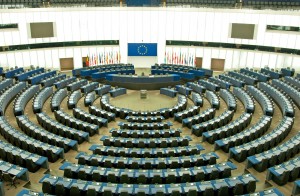 yes or no to trade agreements: the new power of the Parliament

Negotiating processes were revolutionised with the Lisbon Treaty’s entry into force. The European Parliament now has to give its consent to the ratification of a trade agreement. Trade deals are no longer the reserved playground of European Commission and Council.

A non-binding report, but a crucial political message

In 2013, the European Parliament expressed its view on TTIP and this will be the updated position. Neither are legally binding, but are designed to send a political message to the Commission stressing what kind of TTIP it can or cannot accept in the end.

The European Parliament has rejected a trade agreement in the past: the Anti-Counterfeiting Trade Agreement (ACTA) in 2012. This came as a major surprise to many, especially the then Commissioner De Gucht, who was not a fan of transparency and paid the price for not taking the European Parliament seriously during the negotiations.

An overview of what is coming

The rapporteur is Bernd Lange, a German social democrat MEP. As TTIP touches upon so many EU policies, 14 committees in total have drafted ‘opinions’, 13 of these were adopted.

Most opinions mention the need to maintain high levels of protection for consumers and make sure standards will not be lowered. 3 opinions sent a strong message to ensure regulatory cooperation in TTIP would not create ‘regulatory chill’.

Most opinions insisted on maintaining the right of the parties to regulate, the precautionary principle and enhancing transparency of the negotiations. Moreover, 5 of the 13 ‘opinions’ – including the committee in charge of legal affairs – opposed the inclusion of ISDS because they concluded that the EU and US domestic legal systems are sufficient to protect foreign investors and other alternatives are available.

One opinion has been rejected by the conservatives and some liberals because it contained an article opposing ISDS. 5 other opinions favour a reformed ISDS.

We hope the good points made on consumers will appear in the final recommendations. These include preserving data protection rights, the right to adopt higher levels of protection in future, taking account of consumers’ expectations when regulating, increased transparency and excluding ISDS.

The rapporteur Bernd Lange must now decide how to incorporate those opinions in his draft report. The MEPs working in the INTA committee submitted almost 900 amendments to the text. The rapporteur and the shadow rapporteurs (individuals heading responsibility for the other political parties within the same committee) are currently negotiating compromise amendments. This will be complicated as MEPs do not share the same opinion on what should be the content of the Parliament’s final recommendations.

Drawing red lines or making sure that TTIP will be accepted in the end?

Some MEPs fear that if the recommendations include red lines, it will send a negative signal to the US. But from a consumer perspective, ‘red lines’ such as those mentioned above reflect the concerns of citizens and should be seen as tools to ensure TTIP can be a balanced agreement, bringing benefits to all and merit public acceptance.

As one must not forget that MEPs will not be able to make changes to the deal once it’s concluded – they will have to say “yes” or “no” to the deal as a whole – waiting for the final text is risky.