Last week in Brussels, scores of EU and US officials held the 6th negotiating round of the Transatlantic Trade and Investment Partnership deal.

Despite press conferences and civil society briefings the real substance of discussions remains in the dark. However, an important court ruling might just end trade negotiations being done in secret. 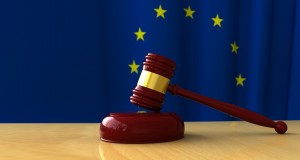 On 3 July, a European Court of Justice case instructed the European Commission to be more transparent about negotiations of TTIP. In a case involving the Member of the European Parliament Sophie in’t Veld against the EU Council, the ECJ clearly stated that access to documents related to international agreements should be ensured, unless it is demonstrated that disclosure would undermine the conduct of negotiations.

The European Court of Justice has sent a clear signal that EU institutions cannot abuse the argument that negotiations of international agreements require documents to remain secret. Although the Court did not go as far as imposing disclosure as the rule, it has set out a certain number of conditions which must be met for the documents to remain undisclosed.

First of all, the risk for negotiations should be specific and foreseeable. Hypothetical fears about the possible impact of transparency on the negotiating power of the EU will not suffice to refuse access to documents. DG Trade has repeatedly used general concerns and hypothetical scenarios over the last months to justify its non-transparency policy. It will now have to provide clear reasons and explain to the general public why denial of access to negotiating documents will harm the position of the EU. The ECJ has noted that invoking the mere existence of a threat to the EU’s interests in the field of international relations does not in itself satisfy the requirement.

Secondly, the European Commission will need to make an assessment between the public interest in access to the documents and the need to protect the international relations of the EU. Such an assessment is far from an easy exercise, especially considering TTIP provisions will directly affect citizens’ fundamental rights, such as the right to privacy and the right to protection of personal data. In those cases, the public interest overrides the Commission’s. In making this assessment, the Commission will also have to consider the advantages of increased openness, including the possibility for EU citizens to participate more closely in the decision-making process and to guarantee that the administration enjoys greater legitimacy.

Thirdly, any exception to the general principle of access to documents must be interpreted and applied strictly. The EU regulation on access to documents was adopted with the aim of conferring on the public as wide a right of access as possible. Therefore, any restriction must be exceptional and duly justified.

Despite the position of the European Commission that TTIP is a trade policy measure and therefore subject to openness limitations, TTIP is far more than a trade agreement. The fact that TTIP is a far reaching and dynamic agreement, capable of incorporating new elements on the basis of the regulatory cooperation mechanism, makes increasing transparency and participation of the general public in the decision-making process a necessity.

The EU Charter of Fundamental Rights establishes the right for every European to access documents of the Union. However, exercising this right remains extremely difficult. It took five years for a Member of the European Parliament and a long legal dispute. Imagine how much more difficult exercising this fundamental right would be for ordinary citizens.