Today, BEUC and 13 of our member organisations across Europe[1] are kicking off an online campaign to raise awareness among consumers about antibiotic resistance from farming and how it ultimately harms people. 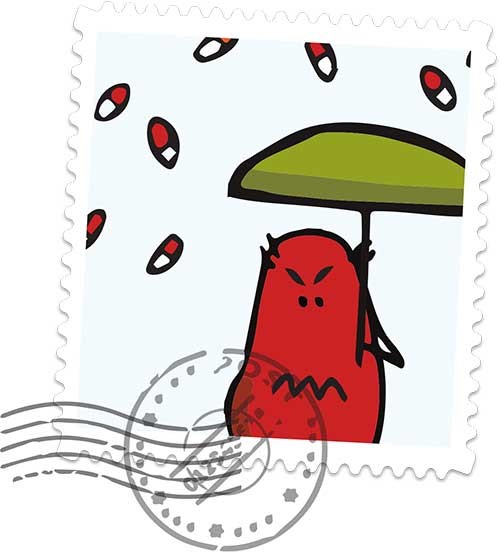 Every week, a consumer organisation from the BEUC network will host our resistant bacterium ‘Superbug’ virtually to inform consumers about antibiotic use in farm animals in their country and how it can fuel antibiotic resistance. The Superbug’s online journey starts in Cyprus today and will end on 18 November, which is European Antibiotic Awareness Day.

Antibiotic resistance is a major public health concern in Europe. It is estimated that at least 25,000 people die each year because they are infected by bacteria that can no longer be killed by antibiotics. We all need antibiotics that work – for both humans and animals. But overuse and misuse has spurred resistance. To curb resistance, humans should go easy on antibiotics. The same has to apply to farm animals, who are still routinely given antibiotics in some EU countries, even if they don’t need them.

This initiative follows on our 2014 campaign ‘Antibiotic Resistance - From farm to you’ featuring a farm-born superbug spreading from livestock to people. We have convinced the EU Parliament to support beefing up rules on antibiotic use in farm animals. Now we are calling on Member States to take bold steps and back MEPs’ stance in favour of a more limited use of antibiotics in farming.

[2] EU Insights – Perceptions on the human health impact of antimicrobial resistance (AMR) and antibiotics use in animals across the EU.

Contact department
If toxic chemicals are re-injected into new food packaging, the circular economy becomes nothing but a vicious circ… https://t.co/f0DRptFyUp
16 hours 16 min ago