Today, a consumer delegation of The European Consumer Organisation (BEUC) and its Bulgarian member Асоциация Активни потребители (Association Active Consumers – BNAAC)[1] handed over its recommendations for the upcoming Bulgarian EU Presidency to Deputy Minister for Economic Affairs Alexander Manolev. For 6 months, starting on 1 January, Bulgaria will assume the EU’s rotating presidency and be responsible for seeing through a number of important draft consumer laws. 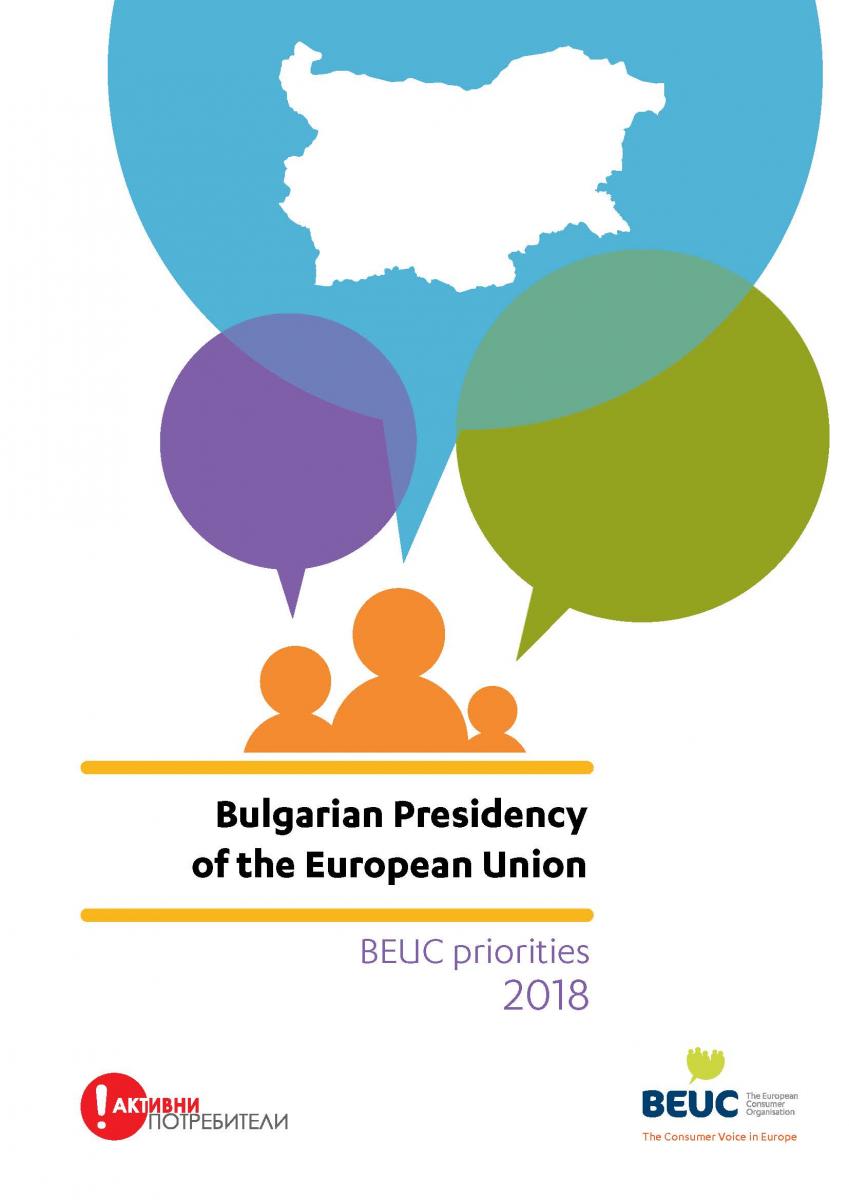 The Bulgarian Presidency will see the start of an important overhaul of the European Union’s consumer law. The so-called ‘New Deal for Consumers’, expected to be launched in April next year, should propose an upgrade to certain consumer rights to adapt them to the digital and platform age and to stop illegal business practices.

Legal guarantee rights will also be high on the EU agenda. The EU wants to harmonise guarantee rules for buying consumer goods online or in a shop across the continent. But a blanket 2-year maximum guarantee period will reduce rights in some countries.[2]

“The first Presidency is a big moment for Bulgaria. The Bulgarian government has an opportunity to boost consumers’ protections through better rights in the digital world and improved guarantee laws. Making it easier for consumers to get compensation when something goes wrong should also be a priority topic under this Presidency.”

“EU decisions have and will continue to strongly impact consumers’ daily lives. We look forward to working together with the Bulgarian government to keep consumer issues high on the EU’s agenda.

“The Bulgarian consumer movement has high hopes for Bulgaria’s Presidency. EU consumer rights provide for a good level of protection but often cannot be used in practice. We need better tools to stop bad business practices and compensate consumers in case of damage.”