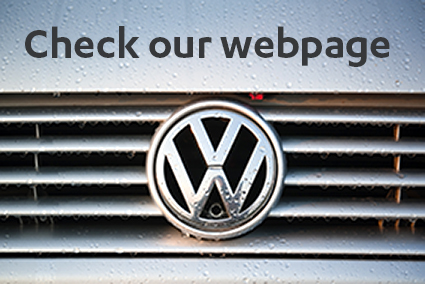 Two months ago, US authorities announced that Volkswagen Group cars were equipped with defeat software allowing it to cheat on air pollutant emission tests. Following this statement, Volkswagen had to admit that more than 11 million cars were affected globally. Early November, VW also conceded that 800,000 cars had incorrect CO2 levels.

More than two months after the first news broke, BEUC and its member organisations deplore the fact that European consumers are left with many unanswered questions. Among other things, to date it is not clear for the majority of car owners if their national authorities will follow the example of Germany’s vehicle agency, KBA, and impose a recall, or what alternative measures will be taken and by when. It is also still not known, how the repair by VW will alter the car and if the car’s performance will be impacted.

In addition, European consumer organisations are highly concerned about statements that Volkswagen would exclude financial compensation for European consumers. Volkswagen has to acknowledge that they will compensate the detriment suffered by car owners. BEUC and members have repeatedly called on VW to respond to these questions and engage into a constructive dialogue.

“We are disappointed by the lack of information coming out of the Volkswagen Group concerning the defeat device scandal. Consumers deserve complete and clear information on what Volkswagen will do to remedy the situation.

“European car drivers are no second-class consumers. It would be unacceptable that financial compensation would only be offered to US customers. Damages, whether they concern the impact on the value of the cars, the cars’ performance, increased fuel consumption or any aspect due to Volkswagen’s misleading practices need to be compensated. Our members across the EU are working closely together and assessing all options that would ensure owners of affected vehicles are protected.

“Many fundamental questions are still left unanswered so we expect national authorities, and the European Commission, to inform about their intentions and to press Volkswagen to take its responsibility.

“The revelation that Volkswagen wrongly declared the CO2 emissions and fuel consumption values of 800,000 of its cars also heaps further pressure on the European Commission and Member States to urgently put in place a more robust testing regime with reliable test procedures and strong oversight measures.”