Member States would be obliged to freeze current minimum standards around guarantee rights, if an EU Parliament committee vote on Thursday 22 February goes as expected. As a result, they would no longer be able to give better guarantee rights for goods to consumers, following pressure from MEPs from liberal and conservative parties. 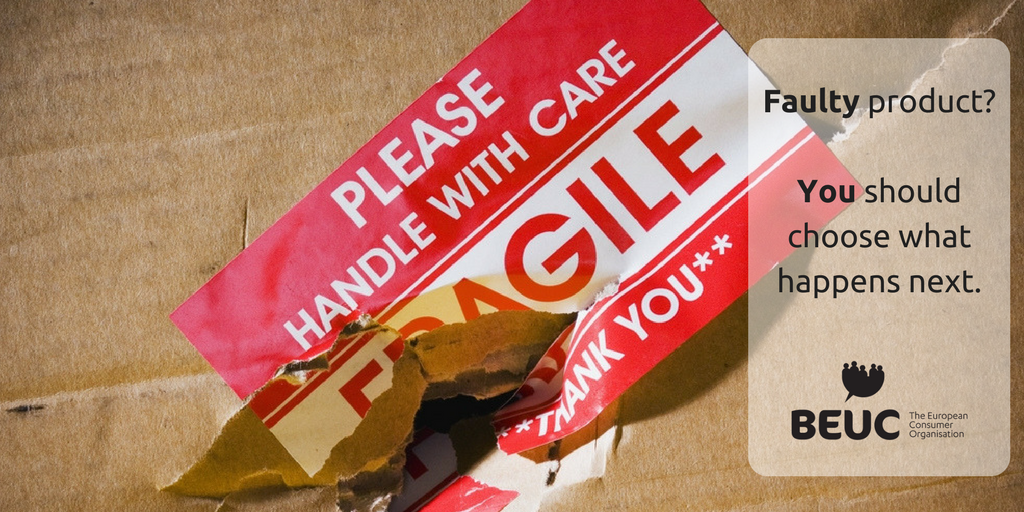 The Internal Market (IMCO) Committee is pushing for a maximum legal guarantee period of two years for all countries, except Member States which already have a longer period and would be allowed to keep it [1]. The reform of a landmark piece of EU consumer legislation [2] might block Member States from modernising consumer guarantee rights in the future. This goes against the spirit of today’s debates around making today’s production and consumption more sustainable. Some more ambitious plans contemplated, for example to link the guarantee period to the product’s expected lifespan, have been watered down beyond recognition.

It is particularly disappointing that the Parliament committee wants to limit the European Commission’s proposal of a two-year burden of proof period, during which it is up to the seller to prove a product was not faulty to one year. After that one-year period, it would be up to the consumer to prove the product was defective. Though this would lead to a small improvement in most countries, it is far below what consumers need to effectively make use of their rights [3].

Monique Goyens, Director General of the European Consumer Organisation (BEUC), said: “Consumer rights should be strengthened, not weakened. Inexplicably MEPs are watering down improvements made by the European Commission to legal guarantee rights. The Volkswagen fraud is an example where consumers struggle to make use of their rights. We are very disappointed that the European Parliament is not ready to stand up for European consumers in this important field.

“Given the EU’s objectives to build a greener and more sustainable economy, this vote would be a step in the wrong direction for consumers. BEUC calls on MEPs to reconsider their approach. Consumers deserve better.”

Another negative impact on consumers’ rights is that they should not be able to freely choose the remedy if the product is faulty. By opting for a hierarchy of remedies, the IMCO Committee suggests lowering the current protection for consumers in several Member States and preventing all others from introducing a better standard in the future. [4]

Finally, the Parliament committee has also ignored calls to adapt legislation where the producer of the goods should also be liable in case a product is faulty [5].

[1] The proposal is an attempt to further harmonise legal guarantee rights for consumers for goods.  The BEUC position paper is here. Belgium, France, Luxembourg, Finland, Iceland, Ireland, Netherlands, Norway, Sweden and the UK all have either longer legal guarantee periods than two years or guarantee periods which correspond to the product’s average lifespan.

[2] The current EU law is the Consumer Sales Directive from 1999.

[3] This would downgrade the protection consumers currently enjoy in France and Portugal, which is two years for the reversal of the burden of proof.

[4] This concerns Portugal, Slovenia, Greece, and Latvia. Other Member States jurisdictions do not provide a free choice of remedies but more beneficial rules, for example Sweden where consumers may claim a refund if the defect is significant.

[5] This is the idea that both the seller (as is currently the case) and the producer should be liable to the consumer for faulty products.