The EU1 just agreed to restrict over 30 hazardous substances from clothing and other consumer textiles. These substances – which include lead, cadmium and other toxic metals – are used to colour and treat textile products; but they may also cause cancer, harm DNA and reproductive health. BEUC welcomes that the EU is finally tackling these problematic substances but highlights that much work remains to protect consumers against harmful chemicals in textiles, such as endocrine disruptors or allergens. 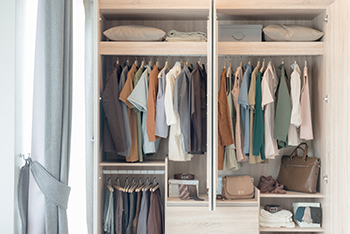 BEUC regrets the limited scope of the measures compared to the initial 300 substances considered by the Commission. Also, it should have reduced thresholds further, such as for formaldehyde, a chemical presumed to cause cancer.

Textiles with the EU Ecolabel certification are still consumers’ best safeguard against toxic chemicals. Indeed, the label already restricts the use of all chemicals that may cause cancer, change DNA, or harm reproductive health as well as some allergens and endocrine disruptors.

“We are glad that the EU is taking the bull by the horns, and that some harmful substances will disappear from the clothes we wear and the bedsheets we sleep in. But the EU missed an opportunity to protect consumers better. It is a good start to exclude 30-odd toxic substances, but this falls short of the much larger number initially considered. At the same time, this decision will still allow some toxic substances at unacceptable levels, in baby and infant clothes for instance.

“The best way to protect consumers is to adopt specific legislation for textiles that would address all the chemicals that may harm health. Until then, Ecolabelled products remain the safest alternative for consumers – a standard that industry should put more weight behind.”