Today, the European Consumer Organisation (BEUC) and its Maltese member Ghaqda tal-Konsumaturi met Dr Helena Dalli, Minister for Social Dialogue, Consumer Affairs and Civil Liberties to present their expectations for Malta's EU Council Presidency. During the meeting, the consumer delegation asked Minister Dalli to advance consumer interests in the Digital Single Market and to make enforcement of consumer rights a top priority for the EU.

In light of the 25,000 deaths attributed each year to antimicrobial resistance, BEUC and its Maltese member organisation stressed that the two pending EU proposals on veterinary medicines and medicated feed should be adopted swiftly in order to tackle the misuse of antibiotics in livestock. 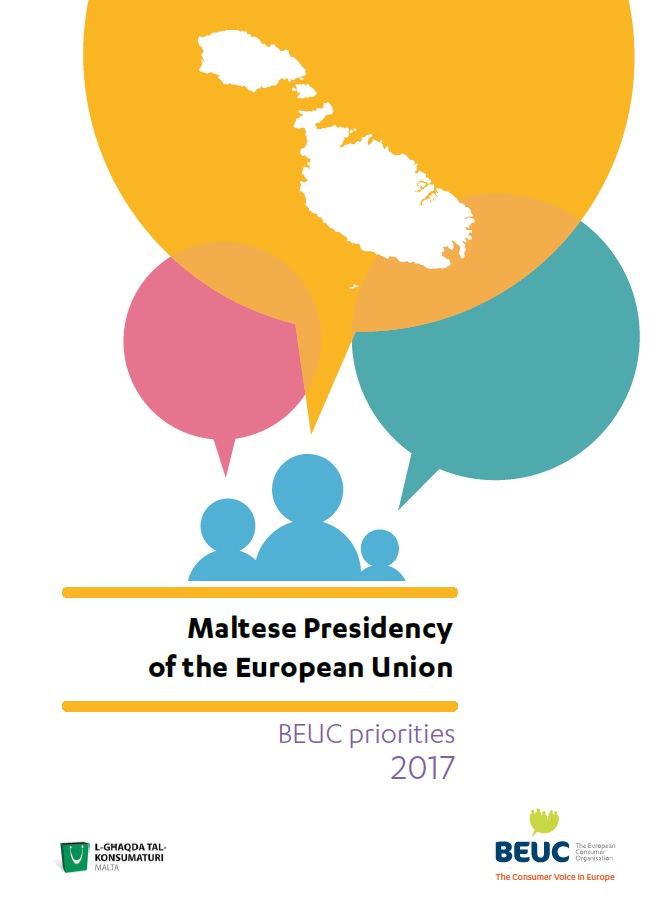 “The European Commission wants to make the EU fit for the digital age. This will however only happen if consumers trust the digital economy and can choose from the best offers online. Concretely, consumers should be able to access the online goods and services of any trader in the EU. It is hardly a Digital Single Market if traders can erect artificial barriers to the detriment of consumers.

“It is common knowledge – and not just since the VW scandal – that company misbehaviour usually does not stop at the border. To reign in rule-breaking companies and bring justice to consumers, it is crucial that enforcers work together. We want the Maltese government to help wrap up the pending EU proposal on the cross-border infringements of consumer rights.”

“The EU law that will make everyday consumer protects safer and strengthen market surveillance has been inexplicably stalled for the past three years. The risks of exploding tumble dryers and toxic toys are real. We are calling on the Maltese government to take action to imporve market surveillance in Europe.”