The European Consumer Organisation (BEUC) undertook a consumer performance check of the first two-and-a-half years of the Juncker Commission.1 We looked at the Commission’s legislative initiatives and its key policy actions and graded their performance on a scale from very good to very bad. 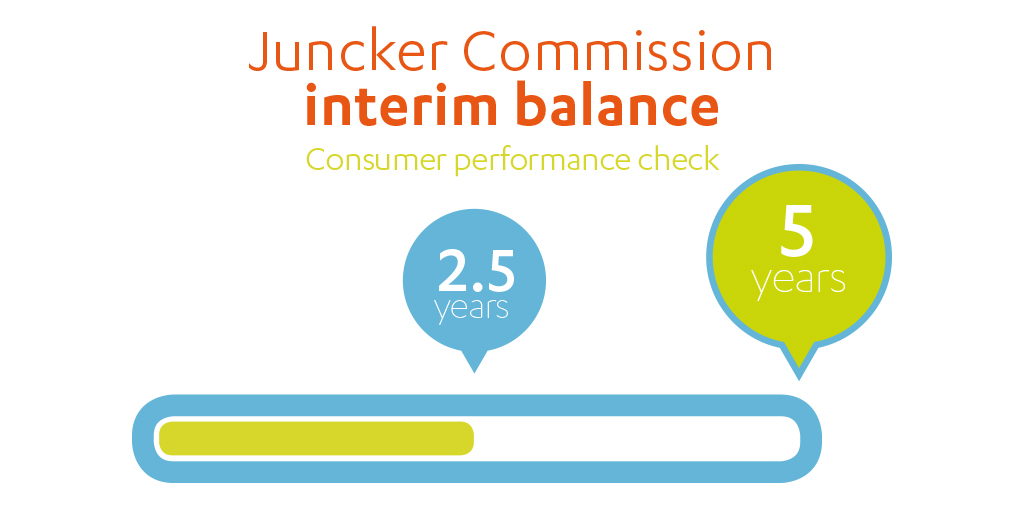 The Commission received several good marks. Its draft law to approve and test cars would strengthen oversight of the automotive sector. A proposal to make your online subscriptions accessible when travelling in another country in the EU will greatly improve access to music, films, series and games. The legislative proposal on renewable energy introduces a right for households to consume, store and sell renewable energy.

On the lower end of the scale, the Commission has been doing too little to adopt criteria to identify chemicals that can disturb the hormonal system. It has failed to take action on trans fat in food and establish nutrient profiles and its copyright proposal totally ignores the reality of online consumers. The lack of a European collective redress system deprives many consumers from any effective means to get compensation when faced with harm on a large scale.

“In its first two-and-a-half years in office the Juncker Commission has dealt with consumer concerns in some policy areas. From car type approval and geo-blocking to roaming and renewable energy it proposed sensible measures which we expect will benefit consumers in the years to come.

“But this is not the time to be complacent. The Commission’s dogma to be small on supposedly small things has stood in the way of action in many important areas of consumer concern. A refusal to take initiatives now will lead to greater harm and more costs in the future.

“Crucially, the Commission must wake up to what dieselgate has highlighted. Without effective ways to bring a group case to court, consumers will be left helpless against evident business malpractices.

“We are convinced that if the Commission would use the remainder of its term to deal with consumer concerns, it could show people how the EU can improve their daily lives. Here are some ideas: the legal guarantee period should fit a product’s life-time, a European collective redress system should allow consumers to go to court collectively, air tickets should become transferable and consumers should be protected from currency scams when abroad.” 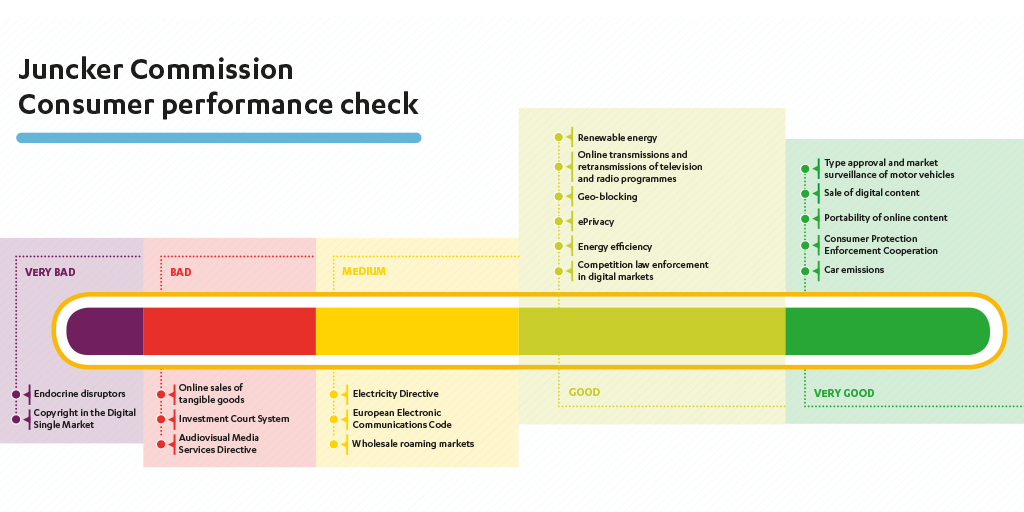