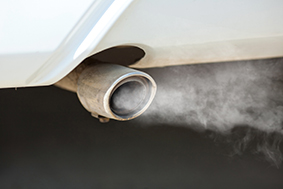 BEUC’s Italian member organisation Altroconsumo performed vehicle tests on a Volkswagen Golf last year. Their results showed fuel consumption levels 50% higher than the figures officially declared by Volkswagen indicating that owners could be spending as much as €502 per year more on fuel consumption than expected from the company’s advertisements. A collective action against VW was launched earlier this year and is expected to be seen before a court in Venice next month.

“We’ve been saying long before this scandal broke out that one of the problems in the EU, unlike in the US, is the absence of a surveillance system which would require independent on-the-road testing. The EU needs to implement such a system to restore trust amongst consumers in emissions and fuel consumption test programmes.

“We also need to see a full investigation conducted by the European Commission into the use of these ‘defeat devises’ to see if car makers in Europe have also made use of them – and not just for air pollution but for fuel consumption testing too.

“It is essential that the EU starts work on developing a robust on-road vehicle test procedure which could do away with the need for laboratory fuel consumption and CO2 emissions testing. The fact of the matter is that EU vehicle emissions and fuel consumption testing has been broken for a long time and consumers are desperate for a better system.”

In a letter sent today to European Commissioners Bieńkowska, Cañete, and Bulc1 BEUC is asking the Commission what plans it has to improve the oversight of EU vehicle test procedures and if it will launch an investigation into the possible use of installed software designed to manipulate type approval tests in the EU.