38 MEPs and BEUC write to President Juncker on collective redress

Today 38 MEPs and BEUC have written to President Juncker to ask him to introduce a system of collective redress at EU level. The MEPs come from different political groups and countries. The call for collective redress comes hot on the heels of the Commission president’s State of the Union speech where he expressed shock when consumers are deliberately misled. 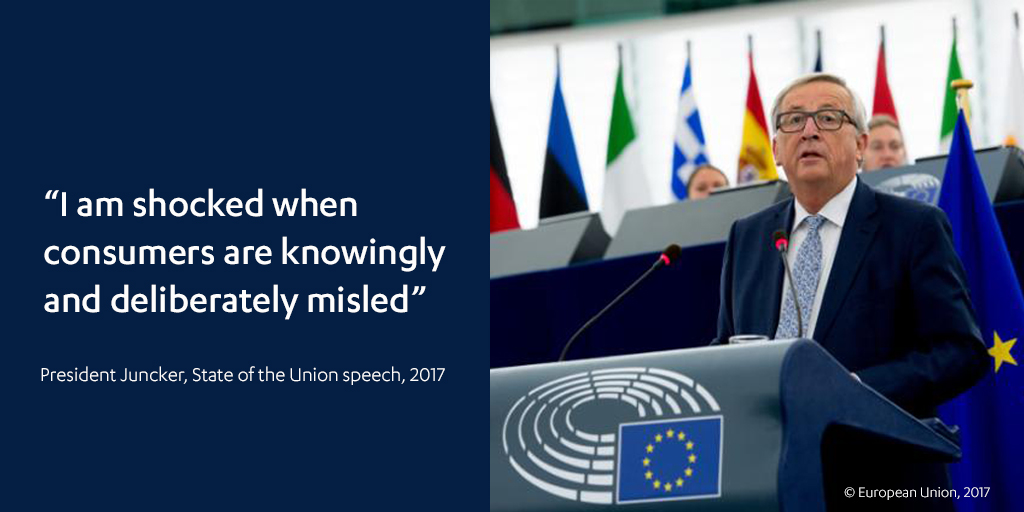 It is the European Commission and its president who can and should make a proposal to allow consumers to band together and claim compensation from companies who have caused mass detriment. Volkswagen has steadfastly refused to compensate consumers in Europe affected by the emissions scandal. Over 8 million consumers from across the EU have been affected, but only in 4 countries has it been possible to bring a collective claim against VW. This is because these countries only have relatively well-functioning collective redress systems in place.

Even where national schemes are available, there are still too many situations where procedures are overly burdensome and consumers are left de facto without any realistic option to get compensation. There is thus a clear justification for the European Union to act.

BEUC hopes this joint call will push the European Commission to take action and propose a workable, EU-wide system of collective redress.