Lisa’s story and the price of anti-cancer drugs

The child of a dear friend of mine, whose name is Lisa, unfortunately developed cancer when she was only 4. She is now 8 and has received the all-clear from the doctors. She was one of the lucky children who could access an anticancer drug treatment.

I thought again of Lisa just the other day when the Italian antitrust authority published its 80 page decision into Aspen Pharma’s unfair price hike of anti-cancer drugs. Since 2014 Aspen Pharma had been abusing its dominant position in the market to increase the price of their anti-cancer drugs like Alkeran Leukeran, Purinethol or Tioguanina, mainly used by children and elderly people, by 1500%!

What if Lisa had not had the chance to access this kind of treatment?

Aspen and its anti-cancer drugs 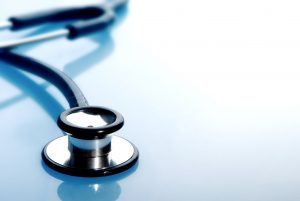 Frustratingly, this would not have been a question of chance, but a mere question of to what extent the Italian National Health Service would give in to Aspen’s extortion. In 2014, the Italian health service paid out 5 times more money to Aspen than it did in 2013, when the company still operated reasonable profits for its drugs.

As a matter of fact, one of the most relevant aspects of anticancer treatments are therapy continuity, distribution through territory pharmacies and easy to take formulation through tablets, instead of intravenous treatment to be done at the hospital and not at home. Leukeran and Alkeran are key drugs for elderly and weak patients, among other things because of their few side effects. Aspen practices actually hampered the efficiency of the treatment by interrupting access to those drugs.

What if Lisa had not had the chance to access this kind of treatment?

Already in 2014 Altroconsumo, the biggest independent Italian consumer organisation, filed a complaint to the antitrust authority over the constant price increase – from 250% to 1,500% – applied to three life-saving anti-cancer drugs produced by Aspen Pharma, the so-called Cosmos drugs. According to 170 complaints we received over time, those drugs simply disappeared from the market and became available only after their prices had increased by 250% up to 1,500%.

“Since [it is not profitable to] sell these as we have suspended reimbursement, we need to retain them for emergency only, donate or destroy them.”

Aspen exploited excellent efficacy and safety profile and the “key role” of Cosmos drugs in the treatment of patients suffering from a severe condition to push the Italian medicinal authority to pay more for the drug. Their other argument was that anyway drug prices were higher in other EU countries so it was inevitable that Cosmos’ drugs were finding their way to other countries where the selling prices or reimbursement could be higher, rather than Italy. This is exactly what Altroconsumo denounced.

Abuse of market dominance has a cost 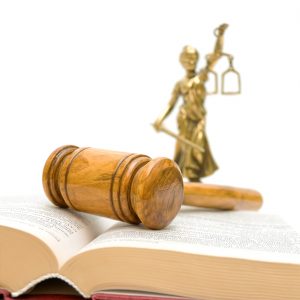 Between 2013 and 2014 Aspen decided to deliberately limit an oncology allocation programme. It’s really scary and sad to read an email transcription where Aspen managers said of their anticancer drugs: “Since [it is not profitable to] sell these as we have suspended reimbursement, we need to retain them for emergency only, donate or destroy them.” I think this was worth quoting also because it shows very well the liability of Aspen in running out of stock in Italy, and potentially in other countries too.

The procedure of the Italian Competition Authority started in 2014 and, supported by Altroconsumo findings, we are proud to say that they fined the company €5 million on 29 September 2016.

The Italian Authority underlined how the abuse of a dominant position by Aspen Pharma forced the Italian medicinal agency to accept the price increase, making real and fair negotiation over the price reimbursements of these drugs impossible. In addition to this, Aspen Pharma not only abused its dominant position in Italy but also had consequences for the entire European market.

Likely Aspen shareholders will be disappointed by this decision which will limit their profits. But I am sure Lisa and many other little oncology patients will be thankful for it.

This was a guest blog by Luisa Crisigiovanni, Secretary General of Italian consumer organisation Altroconsumo.