NextThe food industry is too sweet on sugar
Energy

Problems for consumers in the energy market abound. Czech households often pay more for electricity and gas than they should. Door-to-door sales is a common and aggressive practice which often relies on bully tactics to get customers into disadvantageous contracts. The elderly are especially vulnerable. And that’s before you even contemplate long and complex terms and conditions that come with all of these energy contracts.

To make matters more difficult, it is hard to compare offers from different suppliers. Suppliers usually publish a price list on their website, but consumers don’t get the information about the final price. The prices published sometimes don’t include the regulated part of the price and/or various fees or tax. Energy prices can even include fees for unexpected services, such as electricians and other assistance. There are free online price comparison applications but they are essentially a sales channel. Moreover, these applications do not always give important information about contractual fines and other fees and conditions.

Super action, simple switch, no problems, I saved a lot of money.

There are also fines for terminating a contract and automatic extensions to agreements for long periods once the original contract has lapsed. These issues are particularly difficult in a market where up to 50 % of Czech households have fixed-term contracts on power supplies. Because of contractual fines and the fact that many consumers do not know the exact expiration date of their contract, it can be very difficult to switch suppliers. 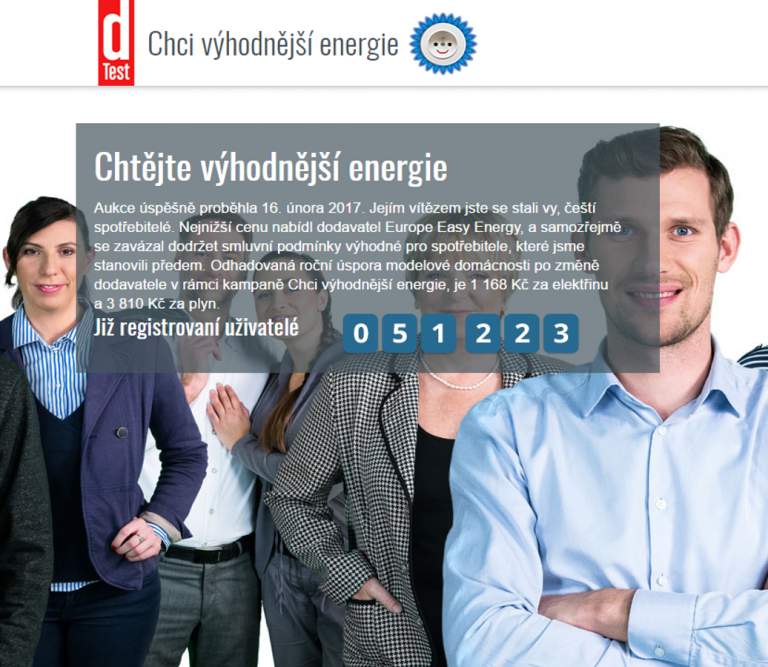 So we decided to help Czech customers switch safely and get a better deal. Our campaign „Chci výhodnější energie“ („We want a better energy deal“) which ran in 2016 was the biggest collective switching campaign ever held in the Czech Republic. It was also the first collective switching campaign run by a consumer organisation in our country. Not only did we have the highest number of households registered compared to previous Czech auctions, we also had the lowest prices for electricity and gas at the time of auction. The savings were huge.

Nearly 20,000 households will enjoy a collective saving of more than €5 million. Savings amounts and the simplicity of the campaign process were the reasons most often cited by consumers making the change. An evaluation survey showed that most of the participants were satisfied with both the results and the course of the campaign, and that they would recommend it to other consumers. Participants also appreciated that they could switch both electricity and gas suppliers.

There had already been some collective switching actions before our campaign in the Czech Republic. Former auctions were organised by municipalities or commercial companies. But there were problems that created an atmosphere of mistrust in the way the switching in the Czech Republic was handled. Registration was usually binding: the customer who registered to take part in the collective switch had to switch no matter what. This amounted to agreeing to contract conditions without seeing the contract. And suppliers were chosen just on the basis of price; other criteria did not factor in to the decision.

Suppliers usually publish a price list on their website, but the prices published sometimes don’t include the regulated part of the price and/or various fees or tax. 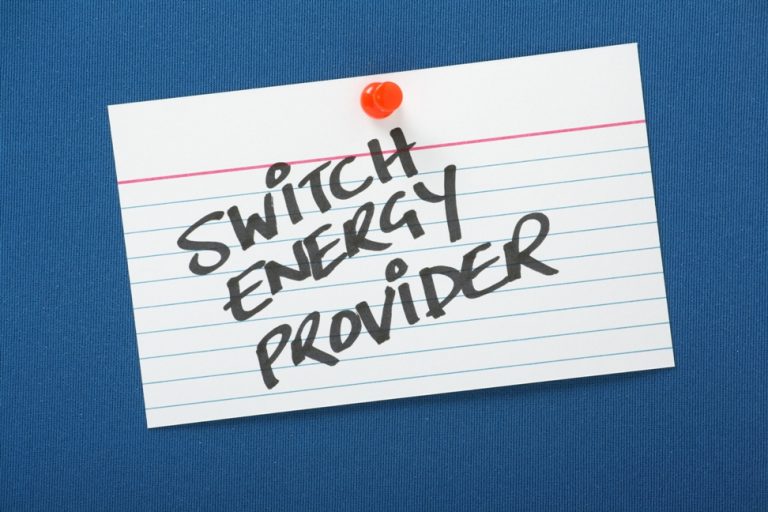 Keeping these points in mind, we realised that trust was one of the most important parts of our campaign. The non-binding nature of the registration and the involvement of the consumer organization dTest as an independent guarantor of the auction brought us many participants. As focus groups proved, people do not trust the big suppliers, or the door-to-door dealers and telemarketeers. Registered consumers trusted dTest and perceived it as an ally in their struggle against the big suppliers. One of them wrote: “Interesting experience, it was worth it! Campaigns like this have a chance to cut prices. I can recommend it to everyone.”

We were clear that the terms and conditions as well as the price were important. Another participant wrote: “Super action, simple switch, no problems, I saved a lot of money. Thanks to dTest, I was confident that no detail would be overlooked or that the conditions would be OK. dTest took care of everything for us.”

We are glad to see we managed to shake up the market a bit and show consumers that there is a way to get a better energy deal. We are running a collective switching campaign again in 2017. Keep your fingers crossed!