For warmer homes and less energy poverty in the EU

Daniel helps a family stay warm with some clever tricks. Sticking bubble wrap around the windows is one option to keep the cold out of the house. But these are short-term fixes, not long-term solutions. And winters are cold in the north-east of England. This story narrated by Ken Loach comes from his 2016 movie I, Daniel Blake but it is far from fictional. It is a story replicated across the European continent.

We all know how it feels to be in a place where the heating has stopped working. But imagine constantly struggling to pay the energy bill and suffering from cold in your house! Millions of Europeans experience energy poverty every day: they have difficulty in paying their bills, and they live in inefficient buildings in damp and unhealthily low temperatures. The numbers are horrifying: in 2015 alone, roughly 50 million Europeans were unable to keep their home warm, this means 1 European out of 10. This growing phenomenon is known as energy poverty. 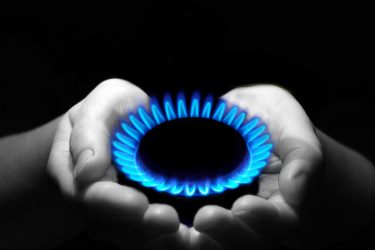 What are the main drivers of this phenomenon? Energy poverty stems from a combination of three factors: low income, increasing energy bills and inefficient buildings. And energy bills are one of the main financial concerns consumers have. For instance, between 2008 and 2016, electricity bills for households grew by 26.4% and the average final price for gas rose by 8.9% for the same period.

If we look at the household budget spent on domestic energy services overtime, we observe a rather worrying trend. Among the lowest income quintile of the EU population, this amount has grown from 6% in 2000 to 9% in 2014. Then if we consider that in 2015 around 15.2% of the EU population lived in homes with structural damages (such as leaking roofs, damp walls, floors or foundation, or rot in window frames or the floor), the picture gets even more severe.

Energy efficiency is the core instrument to eradicate energy poverty

Data looks dry. But it’s real. In such a dire context, one would expect that national governments develop comprehensive policies to tackle this problem. Unfortunately, only 4 countries in the EU have a definition of energy poverty anchored in their national legislation. To be fair, this does not mean that Member States are inactive. Many focus their social policy on addressing vulnerable consumers. But it’s clear that more commitment is needed.

So what can the EU do?

Politicians are now discussing the ‘Clean Energy Package for All Europeans’, which is a once-in-a-decade opportunity to redesign electricity markets and fix many consumer headaches, such as unclear bills or fees for switching energy suppliers. But it can also help to fight energy poverty by delivering concrete measures to help consumers make their homes more comfortable. 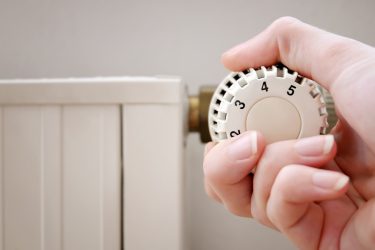 Legislator should make energy efficiency a top priority. Investing in energy efficiency measures would positively change the living conditions of millions of Europeans. This is a unique chance for the EU to deliver tangible results for society.

Several projects developed throughout Europe show that energy efficiency initiatives can really be a game-changer for people’s life. An example? Thanks to the proactive attitude of local administrators, EU investment programs have contributed to the renovation of around 1,200 flats in Bucharest, enhancing their energy performance and improving households’ living conditions.

Developed in the Netherlands and now quickly spreading to other European countries, ‘Energiesprong’ aims at housing retrofits and installing photovoltaic (PV) panels and boilers in order to create Net Zero Energy (NZE) houses. Such houses autonomously produce the energy they need. The program focuses on the social housing sector and has realised in the Netherlands alone around 1,800 refurbishments – another 15,000 are in the pipeline.

These projects show the remarkable impact energy efficiency measures can make, especially on vulnerable households. As a matter of fact, their impact goes beyond reducing energy poverty. Energy efficiency measures are crucial to limit energy consumption and emissions. The Clean Energy Package has the potential to further enhance the effectiveness of these policies, multiplying the several benefits they already bring to society.

Energy efficiency is the core instrument to eradicate energy poverty but other policies can play their role to reach this objective. Access to renewables self-consumption is undoubtedly one of them. Solar panels and other appliances lead to higher energy savings and all types of consumers should be able to benefit from them. Particular attention should be given to tenants: representing around 30% of the EU population, they often suffer from disadvantaged social and living conditions. So the revised Renewable Energy Directive should include measures that will make renewables accessible to all consumers.

As energy markets are not often delivering the best deals to consumers, targeted price interventions to protect energy poor should be allowed under the revised Electricity Directive, as long as markets are not delivering competitive prices. At the same time, Member States and regulators should ensure consumers don’t end up without electricity supply, especially in critical times, so disconnections from electricity supply must be limited.

We all know how it feels to be in a place where the heating has stopped working. But imagine constantly struggling to pay the energy bill and suffering from cold in your house!

Finally, we need better data on what is happening around Europe. We need Member States to report on their objectives with regards to energy poverty. Currently, data is hardly comparable across Member States, which makes the sharing of good practices difficult across Europe. Some of the provisions discussed in the Governance Regulation provide a good framework to monitor Member States policies in the area of energy poverty and should be duly supported.

The Clean Energy Package can bring tangible results to consumers but first and foremost, it needs to make sure that those who need it are well protected and a basic service such as energy is affordable for ALL.