NextLessons to learn from TPP: What the EU shouldn’t do in TTIP
Trade

Unnoticed by most, the European Union is negotiating a major agreement on trade in services. It brings together 22 countries plus the EU, and lines up huge players including the United States, Japan and Canada. Its aim is to liberalise trade in services. On 3 February, the European Parliament adopted a resolution outlining what they would consider to be an acceptable outcome of this agreement.

Why does TiSA matter for consumers? 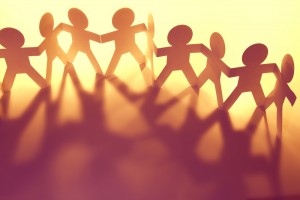 The deal matters because it covers issues such as online purchases, data protection, financial services and telecoms. Cheaper prices and greater choice would be good outcomes for consumers. Ideally, the deal should also offer concrete benefits like reduced telecom prices, the prohibition of geoblocking practices, and practical solutions for when services fail to deliver. So far however we haven’t seen any reference to tangible benefits like these in the few available EU documents on TiSA.

TiSA is about shaping the rules of trade in services and reducing so-called ‘trade irritants’. Consumer protection measures must not be seen as such! For instance, we do not want to end up in a situation where TiSA partners could call on the EU to reduce its ambition regarding future consumer contract rights on the ground that they could be obstacles to trade. TiSA must include proper safeguards to ensure that present and future levels of consumer protection will not be lowered.

The European Parliament calls for a TiSA that will protect and benefit consumers
The message of the European Parliament is clear: TiSA must protect consumers and provide them with tangible benefits. MEPs echo the above-mentioned consumer demands, and also urge negotiators to reduce credit card fees for withdrawals abroad and to preserve tourist safety warnings. These are two concrete examples of how people – and not just businesses – could benefit from trade. The Parliament has called on negotiators to ensure that the right of the EU and its member states to maintain and adopt public interest measures will not be brought into question by TiSA partners. For instance, the resolution states that the right to ban toxic financial services must be upheld, as well as the protection of personal data.

Show me the texts!
To date, civil society has been told that increasing the level of transparency in TiSA is too complicated, given the involvement of 22 partners. Although the Commission has published a few negotiating texts and reports of rounds, public interest organisations can only rely on leaked documents in order to assess the full picture and overall progress of the talks. This is a far cry from a 21st century negotiating process.

The Parliament resolution calls for more transparency and greater involvement of civil society organisations in the negotiations. This would allow for meaningful input from public interest representatives and, at the end of the day, produce a fairer and more sustainable trade deal.

Transparency in TiSA is possible: it is simply a matter of political will. Citizens will not trust the final agreement if talks continue in secret. The Commission must be as transparent in all trade negotiations as it is in TTIP, as promised in the “Trade for all” communication[1]. Verbal reassurances that consumer protection levels will not be lowered are simply not sufficient: proper legal safeguards must be included in the texts.

MEPs claim their place at the negotiating table
The European Parliament’s resolution must not be confused with an endorsement of the negotiations. It is a set of guidelines defining what kind of TiSA the European Parliament is prepared to accept, and what kind of agreement it would reject. Member states gave a binding mandate to the Commission defining what the deal should include (see our blog post). Although the Commission is not obliged to take this resolution into account, it should. Indeed, the European Parliament could ultimately reject TiSA if the agreement does not ensure sufficient protection nor brings tangible benefits to consumers. Negotiators should not avoid this call for change: they must rethink how they negotiate TiSA.

[1] The Trade for all communication was published by the European Commission in October 2015. It defines the strategy of EU trade and investment policy for the coming years.