Since when is TTIP not a BIG deal? 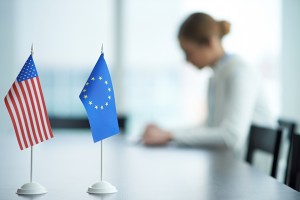 From “most important leak ever” to “much ado about nothing”, the analyses from different commentators of yesterday’s TTIP revelations couldn’t be wider-ranging. In a blog post, Trade commissioner Cecilia Malmström tried to soft-pedal the importance of the leaks by saying that the consolidated texts, leaked by Greenpeace, only reflected “each side’s negotiating position”.

While this is certainly true, it does beg the question of why the Commission last week published a state of play which suggested the negotiations were on the way to completion, basing themselves on the same consolidated version it is now downplaying.

US companies would be given a free rein to lobby the EU. The goal: make sure EU regulations match US business interests.

Anyway. Let us go through some take-aways from these leaks.

Although the EU position has been known for some time – thanks to EU transparency measures that we’ve always acknowledged – EU and US citizens have been left in the dark about what the US has been pushing. Parties certainly had access to the wishlists of US businesses, news reports and rare official statements.

But now, black-on-white, we know what the US wants. And the scale of their demands confirms what we have said from the beginning: such a deal cannot be negotiated without including the public in the discussions.

The US and EU have long said that TTIP would be a global standard setter. But the US demands suggest the opposite is actually true. The US wants:

• A more ‘transparent’ rule making process [1]. It sounds nice but what US negotiators are referring to is an import of their own notice-and-comment system. Basically, any person or company from the EU or the US would be able to send comments to lawmakers on the other side of the Atlantic when new laws are being drafted – which, cutting through the spin, means US companies would be given a free rein to lobby the EU. The goal: make sure EU regulations match US business interests.

This would mean private interests gaining even more influence than they do today, not because it would be enshrined in the text but because of the growing imbalance of resources that private sector lobbyists would have over civil society groups working for the public good. Clearly, this system could delay or even water down future EU regulations. This is how TTIP could lead to lower standards. 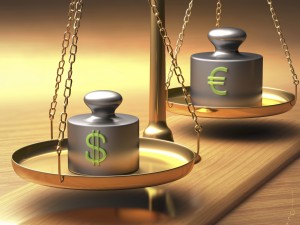 • The possibility for any person to challenge a regulation if they feel it is not effective, too burdensome or that it does not rely on correct or up-to-date information [2]. That would open the door to challenging REACH, make it easier to argue that passenger rights are too burdensome or allow the undermining of fundamental food safety rules. This is how TTIP could lead to lower standards.

• Requirements to ‘improve’ EU rule making [3]. Again, the concept seems nice. But the proposed rules would make it extremely difficult for the EU to issue regulations in the future because of stifling requirements to justify its measures or to identify alternatives. But regulations do not always have to be burdensome and costly for society. They can bring benefits to companies, they contribute to create jobs and growth. Most importantly they protect consumers. Imagine a world without food safety regulations? This is how TTIP could lead to lower standards.

Take-away #3: The US is putting pressure on EU standards and the values behind them.

However, the Commission has repeatedly said – again yesterday in the Commissioner’s blogpost – that it will not lower standards. So it needs to reject these US demands. The Commission also keeps saying that the EU will give priority to substance over timing – even if this means failing to meet the end-of-year deadline set by President Obama and EU leaders.

Consequently, if the Commission wishes to live up to its promise to take protection of our standards seriously, it has to cut short on its spin that a deal by the end of this year is still achievable. The Commission should take all the time it needs to get the best out of TTIP for the EU public interest.

[2] See for instance US art. X.11 and 16 of the regulatory coherence chapter.