Why cooperation should be the Brexit-buzzword

The European Union counts more than 30 agencies. Scattered throughout the EU – in Heraklion, Valenciennes, London or Bilbao – they perform specific tasks to help the EU implement its policies and prepare its decision-making. The agencies deal with cyber security, connecting European railways, pharmaceuticals and make European workplaces safer.

These agencies are vital for EU and UK consumers, so what happens to them is an important decision.

The UK would need to do this job all by itself after Brexit.

Who checks if my food is safe?

Let’s look at the European Food Safety Authority (EFSA). Their role is to check that our food is safe. Needless to say that these are important tasks. EFSA relies on national experts to do its job. And – as EFSA’s Steve Pagani reminded us when speaking at our Brexit conference on 11 May – more than 10% of them are British nationals. Now enter Brexit. EFSA will lose the input of many knowledgeable UK experts.

But this loss will cut both ways. The British Food Standards Agency (FSA) will need to think about how to get the job done. Both situations need to be dealt with to make sure the safety of the food we eat won’t suffer because of Brexit.

But there is another catch. Food authorities perform spot checks for food which is imported from third countries. After Brexit, EU food imported in the UK and British food exported to the EU may have to undergo such checks. This will require huge financial and human resources. And what if unsafe food is spotted? Will the UK remain in the European food alert system (RASFF) and, if not, how can it be guaranteed that if a scandal breaks EU and UK authorities are instantly alerted to minimise impact?

The European Medicines Agency (EMA) has even briefly become front page news. As it is in London, it will need to find another host city after the Brexit. This means that more than 800 highly skilled employees and in their slipstream hundreds of thousands of visiting experts will have to find another place to stay. It comes as no surprise that many European cities are eager to become the new host city of the EMA. But this relocation-discussion has a broader consumer-angle. 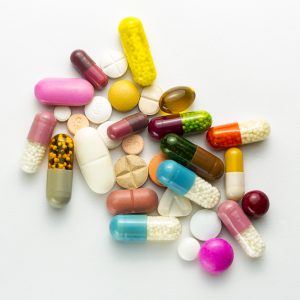 Together with two patient organisations we recently wrote a letter to the European Commission’s health commissioner and Brexit negotiator to highlight that “the decision on the future location of EMA is extremely critical, as it will impact on safeguarding the highest possible standards and rigour”. World class healthcare deserves a world class drug agency. And this in turn will in part depend on whether the EMA can attract top-class medical and scientific staff and whether civil society experts, government officials and drug experts can continue to reach and thus interact with the EMA.

Millions of foreign consumer products reach the EU market every day. If a toy, shoe or computer enters one EU country they can, thanks to common standards, be sold in all other 27. Even if only a minuscule fraction of them are checked at arrival, national market surveillance bodies nevertheless benefit when other Member States block unsafe products from entering the common market and keep consumers safe. The UK would need to do this job all by itself after Brexit.

And once on the market, products (imported or home-made) can be recalled. This recall is flagged to all national authorities through a rapid alert system (RAPEX), which is not an agency like the EMA and EFSA but a cooperation mechanism. When the UK leaves the EU, what will happen when the British authority identifies a problem? Will the other EU countries still be alerted and vice versa? Will Brexit make consumers less safe? 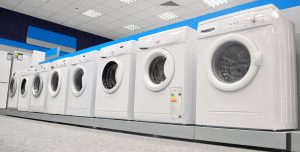 The Apples and Whirlpools of today operate in virtually all countries across the globe. If they cause harm (defective washing machine) or mislead (dodgy guarantee practices), the Consumer Protection Cooperation network – consisting of national consumer bodies – can act together to exchange information and strike against a company in a consistent way. The UK consumer protection authority might be left out of this network and lose the ease that cooperation with other countries brings.

The keyword linked to all these scenarios is cooperation. Whether it is about food standards, high quality medicines or product safety, the UK’s exit from the EU will put a strain on many very efficient and necessary cooperation mechanisms. If Brexit should not lead to less consumer protection for EU and British consumers these issues need to be tackled soon. It is time to make cooperation a headline in the Brexit talks.