NextTTIP & trust: Is the Commission backing the wrong horse?
SafetyTrade

Cosmetic products: What TTIP will not make up

Cosmetic products have become an indispensable part of our daily routine – from toothpaste to deodorant, makeup to hair gel, shampoo to perfume. Research[1] suggests that many consu 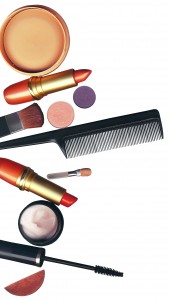 mers use more than 15 cosmetic products a day.

The cosmetic industry on both sides of the Atlantic, is one of the industrial sectors which will likely have trade barriers removed and/or regulations harmonised if the Transatlantic Trade and Investment Partnership (TTIP) agreement is signed.

The European Consumer Organisation has three main concerns regarding the effect regulatory convergence of cosmetic legislation may have on consumers. These are mutual recognition of rules on banned substances lists; labelling; and the regulation of emerging technologies.

A paper published by the European Commission in May 2014 states that negotiators aim to mutually recognise lists of authorised and prohibited cosmetic substances in TTIP.

In the worst case scenario, this would mean we see American cosmetics containing substances banned in the EU find their way onto European shelves. To give you an indication of the extent of chemical substances prohibited on either side of the Atlantic, the EU has forbidden 1,377 chemicals and additionally regulated more than 250 ingredients, whereas in the US only approximately 11 substances have been banned at federal level.

In the European Union we have proven that you can have cosmetic products without the use of hazardous chemicals for example heavy metals such as lead or chromium. This may be the case in the US. Thus it would be reckless to open a back door to products which contain chemicals banned in the EU, when consumers already enjoy safer versions.

For example, in the EU 26 fragrances which are suspected as causes of allergies are required to be listed in the ingredients of cosmetic products. Companies are obliged to state those substances on the packaging, making it possible for sensitised people to refrain from purchasing them. In contrast, American cosmetics do not specify such ingredient fragrances, thereby not allowing sensitised people to choose the right products.

We do not want to forfeit the hard earned consumer right of product choice based on labelled data in a bid to create a Transatlantic Single Market.

Moreover, the European Union is more advanced with regard to risks to human health caused by emerging technologies such as nanomaterials. Whilst these substances may be beneficial in certain areas, they may also have unwanted effects on human health and the environment. Companies who wish to include nanomaterials in their cosmetic products have to notify the European Commission six months in advance before placing it on the market. Moreover, nanomaterials have to be labelled in the list of ingredients. Regrettably, American consumers are not informed if nanomaterials are used in the cosmetic products they choose to buy.

Also, there is scientific evidence that humans are currently exposed to chemical substances capable of altering our hormonal system, known as endocrine disruptors. These are emitted not only by cosmetic products, but also a wide range of surrounding objects. These substances are suspected as dangerous even in small doses, as they add up to a chemical cocktail the combined effect of which is much higher than initially expected[3].

While regulators in the EU have at least declared it a goal to act on endocrine disrupters and the “cocktail effect”[4] there is little appetite in the US for integrating the latest science into risk management.

Nano and endocrine disruptors require a closer look by policy-makers and regulatory measures where necessary.

More “regulatory cooperation” as envisaged by this trade deal risks slowing down the much-needed answers to concerns over these emerging technologies and to newly recognised risks with nano and endocrine disruptors.

When it comes to protecting human health, here in Europe the legal approach matches the saying: ‘’Prevention is better than cure’’. This wise mantra has been adopted by regulators who are entitled to set safety standards to prevent potential harm to human health even when there is scientific uncertainty. This approach to safety is usually referred to in a nutshell as the ‘precautionary principle’.

It is preventative shields like these that The European Consumer Organisation requests to see preserved in any TTIP deal. Negotiators should be aiming to adopt ‘best in class’ practices to ensure consumer trust on both sides of the Atlantic.