January kicked-off with three exciting developments on TTIP. It seems that in the wake of the 8th negotiating round of February TTIP has finally left its extended winter sleep.

It started last we 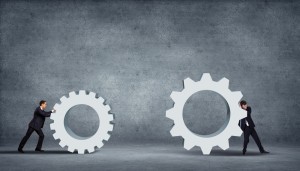 ek Wednesday when Commissioner Malmström’s “fresh start” was put into practice with the publication of a whole raft of TTIP position papers and factsheets. But more interestingly, the Commission also published a couple of negotiating texts, notably on sanitary and phytosanitary measures (basically food safety and animal and plant health), technical barriers to trade and competition. The papers being available online will actually help our experts to better understand what the EC is trying to achieve in the negotiations. However, it is still an incomplete picture as long as important annexes are missing.

Is this enough to speak of really transparent negotiations? Apart from the fact that a democratic debate is not only about transparency but also needs real engagement with stakeholders, the transparency push lacks in one important aspect which is that the consolidated text will not be made public. That’s critically important because what is on the table now will substantially change as the negotiations progress. The outcome on food issues, for instance, could be very different from what the Commission has proposed because of strong pressure from the US on this issue. Civil society organisations like BEUC will only be able to really give meaningful input if access to consolidated texts is granted.

The relevance of being able to access the consolidated text has also been acknowledged by the European Ombudsman. Which brings me to the second development.

On the same day the Commission published its negotiating text, the Ombudswoman went out with her inquiry results of the EC’s transparency actions. The Ombudswoman, Ms O’Reilly, acknowledges that the EC is taking steps in the right direction (as I also outline above) but – referring to the consolidated negotiating text – she adds that “the right of EU citizens to have public access to documents held by EU institutions is a fundamental right aimed at ensuring that they can participate in EU decision-making and hold the EU and its institutions to account”.

For this reason the EC should “inform the US of the need to justify any request not to disclose a […] document”. Now, it remains to be seen if the Commission will actually ask the US to justify (for each TTIP document) why it cannot be made public. Secondly, let’s wait and see if the EC will have the guts to ignore – and the Ombudswoman seems to imply that the Commission should – an “unreasonable or unreasoned” request from the US to keep things secret and consequently publish the document at stake anyhow.

The bottom-line remains unchanged: Only transparent negotiations allow for timely feedback on possible problems and secrecy prevents building trust and legitimacy for this agreement. And, as I mentioned in a previous blog post, should the EU trust a trade partner that asks for negotiations of such wide scope and unprecedented implications for the EU market to be kept secret?

As the cherry on the cake of some eventful TTIP-days the Commission published its long-awaited report on the ISDS consultation. Remember, this extremely technical consultation which drew the highest feedback ever? I am leaving aside the question why such a lengthy report 6 months after closure of the consultation is at all necessary when a few weeks would have sufficed to acknowledge that 97% of respondents said ISDS should be excluded from TTIP. (We have commented on the report here.)

What is rather shocking is that the only viable option which the Commission seems to conclude from the consultation’s analysis is to explore improvements of ISDS. Is that really the most efficient use of the negotiators’ time and energy, while acknowledging so many shortcomings of the system. Should they go on exploring how to fix a flawed system? Why doesn’t the Commission finally start looking at real alternatives to ISDS? (A great number of practical alternatives have been raised during our conference on ISDS and this excellent interview with Professor Gus Van Harten.) For sure we will continue raising the point that there is no justification for such a mechanism – even improved – within a deal between trade partners who have highly developed legal systems.

Yes, TTIP winter sleep is finally over. Although I am not so sure it was a beauty sleep.