Looking back at the summer of 2017, two things people will probably remember are the summer hit Despacito and the egg crisis. When it comes to the eggs the short version goes like this: In July, Belgian authorities alerted their EU counterparts about the presence of an insecticide called fipronil in Belgian eggs. Fipronil, whilst permitted for use on pets, is banned for use on food-producing animals as it can be harmful to consumers’ health.

It quickly emerged that the contamination happened during an illegal poultry treatment against red mite.  On the back of that, hundreds of farms were blocked – not only in Belgium but also in the Netherlands and Germany, where the illegal treatment had also been used – and millions of eggs removed from the market. Many more countries soon realised they had bought tainted eggs and egg products, whether for direct sale to the consumer or use in processed foodstuffs, and they too started ordering withdrawals. At the end of the summer, eggs in Hong-Kong were being taken off shelves.

It amounts to an even bigger problem if you consider that supply chains are increasingly globalised. 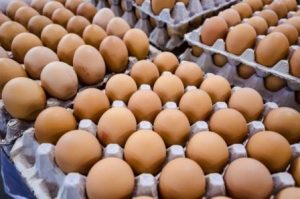 What seems to be small-scale fraud by a small Dutch poultry service company can have repercussions around the globe. That is a stark reminder of the globalised world we live in.

We have repeatedly said that open markets, trade, can be of benefit for consumers: a downward pressure on prices, more choice and access to innovation. But these benefits are being overshadowed by the sheer complexity of ensuring that consumer safety is not imperilled when food and consumer products cross multiple borders or are composed of components and ingredients from all 5 continents.

The fipronil crisis has made another thing clear: authorities lack the resources to check if the food we eat and the products we buy are safe and comply with standards. Belgian consumer group Test Achats/Test Aankoop pointed out that the Belgian food safety agency has seen its public funding slashed by 18% since 2011. Consumer organisations from other countries have reported similar budget cuts.

This is bad news in itself. But it amounts to an even bigger problem if you consider that supply chains are increasingly globalised. Even if one can trust their national authority because it has sufficient funding and does a good job, consumers are still at the mercy of how good foreign public watchdogs – in other EU countries but also beyond – do their jobs. Your food is only as safe as the weakest link in the chain. 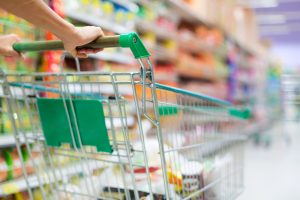 Beyond the fact that supervisors might not be able to carry out their duties to keep bad stuff from our tables or households, the question is also whether information which does exist is shared as quickly and efficiently as it should. For whatever reason, information about fipronil in eggs did exist long before the Belgians went public in July.

The EU has systems in place to cater for a swift exchange of information – it’s called RASFF in the food and RAPEX in the non-food context. If information exchange was patchy within the EU, which does have a functioning system on paper in the case of the fipronil crisis, what can we do about dangerous substances being detected in, let’s say, apples in Canada?

Learnings for the trade debate

There is an obvious need for regulators to talk to each other, share information, alert their colleagues if they found a risky product or business practices. But if within the EU this exchange has not worked as it should in the case of the egg crisis, how can we expect consumers to trust that it will function efficiently at a global level? In today’s trade talks, consumer issues are only mentioned on the side-lines. This is an oversight which might backfire.

For whatever reason, information about fipronil in eggs did exist long before the Belgians went public in July.

People’s appetite for local products – especially as regards food – is gaining weight exponentially. People advocating for more trade, open markets and negotiating more trade deals should take this trend – as well as the general dissatisfaction with trade agreements – as an incentive to focus more on how to make trade work for consumers. More cooperation among regulators and resources for supervisors would be a good starting point.