It can be frustrating to be a passenger rights specialist nowadays. Even if at BEUC we don’t deal with consumer complaints, a task that our members fulfil, I still get a lot of questions from family/friends/colleagues asking for advice when their flight has been cancelled or delayed.

It should be an easy task for someone who knows EU air passenger rights and the relevant jurisprudence. But although listing what rights passengers have if their flight got cancelled or delayed is relatively easy, the real problem starts when theory meets reality. Especially if the airline is refusing to pay their compensation point blank.

Right to compensation in case of strikes 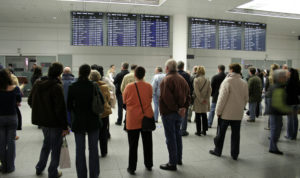 Today, another big strike is causing mass cancellations of Ryanair flights. Thousands will find themselves with no way of reaching their destination on time…again. As with the previous strikes, I will say to those who ask me – if you were notified about your flight’s cancellation last minute, you may have the right to compensation.

However, in cases of ‘extraordinary circumstances’ where the airline is unable to control the external factors leading to the cancellation (such as extreme weather conditions) the airline is not obliged to compensate its passengers.

Yet a recent judgment of the Court of Justice of the European Union (CJEU) is making it very hard for the airlines to use this excuse. For the strike to fall under this exception of extraordinary circumstances it needs to meet two strict conditions: it mustn’t fall under the normal exercise of the airline’s activity and must beyond its actual control. The ECJ leaves it for national courts to assess on a case by case basis whether a strike fulfils these criteria. So what does it mean for Ryanair passengers? If they ever want to see their compensation, they might need to go to court, which takes time, commitment, energy and money.

There are some options before going to court. One option for a passenger is to complain to a dedicated national enforcement body (NEB) if the airline has ignored or replied negatively to the passenger’s claim. But these decisions are not legally binding for the airline.

That means if Ryanair sticks to its guns and still refuses to pay, it won’t lead to anything for Ryanair passengers. Alternative Dispute Resolution (ADR), which is a system to find a quick out-of-court solution between trader and consumer, might be another path to explore. But as the airlines in most countries have no legal obligation to take part in ADR schemes, this may also be a dead-end.

What tool do passengers really need? 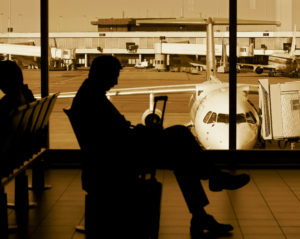 In cases like these, thousands of passengers might have no other choice but to bring individual court cases across Europe. Surely it would be better to bundle them all together since the circumstances are the same for everyone? But not many countries allow consumers to go to court as a group.

This might change soon, as the European Commission recently proposed to introduce group actions for all consumers in Europe. Shockingly, even in today’s circumstances, the airlines object to these plans and are still disputing that passengers need group actions at all.

They use pending legislative proposals [1] revising EU passenger rights as smoke screens, claiming that passengers might not need collective redress if they are adopted. The problem is that this is not true.

None of the proposals the airlines refer to would solve the problem of consumers being left alone to deal with the airlines.

This is why we count on the legislator to see through these false arguments and make group actions a reality everywhere in Europe. Passengers should not be pushed around by the airlines any longer!