The three civil society organisations are positive to see the EU demonstrate that it intends to protect its citizens’ fundamental rights when negotiating free trade deals. 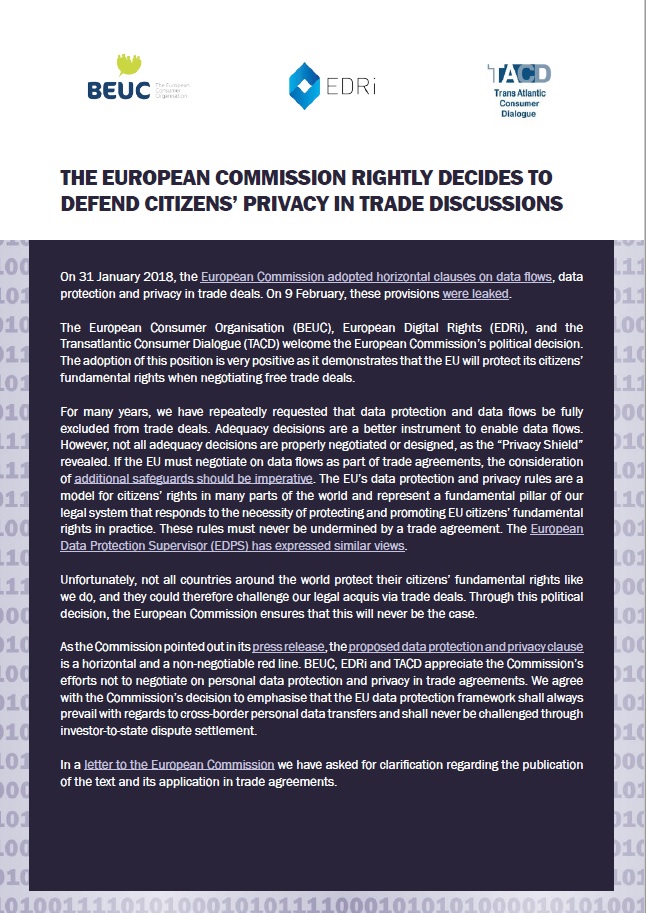 For many years, we have requested that data protection and data flows be fully excluded from trade deals. The EU’s data protection and privacy rules are a model for citizens’ rights in many parts of the world and represent a fundamental pillar of our legal system. These rules must never be undermined by a trade agreement. The European Data Protection Supervisor (EDPS) has expressed similar views.

Unfortunately, not all countries around the world protect their citizens’ fundamental rights, and could therefore challenge our system via trade deals. Through this political decision, the European Commission ensures that this will never be the case.

Ironing out the last unclarities...

In our letter to the EU, we nevertheless ask for clarification on some points of the EU's position. Specifically, it must...

Contact department
Consumer groups called for any future review of the #NutriScore label to be based on science: this is essential to… https://t.co/oW9k65foSS
2 days 1 hour ago