Today, the European Parliament has adopted a report pushing for consumer products to not only rely on less energy but also to last longer.

The Parliament has voted a report on how to roll out the Ecodesign Directive, which aims at improving the environmental performance of energy-related products such as household appliances, ranging from vacuum cleaners and lighting to boilers. Although the Directive already lowers consumers’ energy bill by about €450 every year, MEPs say that a better implementation would trigger further savings both for consumers and the environment. 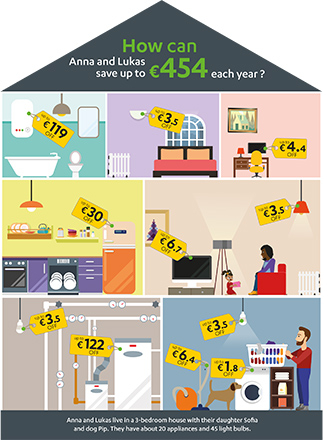 Together with its sister organisation ANEC, BEUC had called on all members of the EU Parliament to adopt the forward-looking report spearheaded by MEP Frédérique Ries. The report took on board all of BEUC’s recommendations, such as:

We now count on the EU Commission and Member States to heed the Parliament’s call and better implement the Directive.

Contact department
@DPCIreland You can find more on our initial complaints here: https://t.co/LyqhpoRcmm. The GDPR is only a game-chan… https://t.co/F7inovMd96
20 hours 42 min ago