EU project will walk consumers through the new energy label 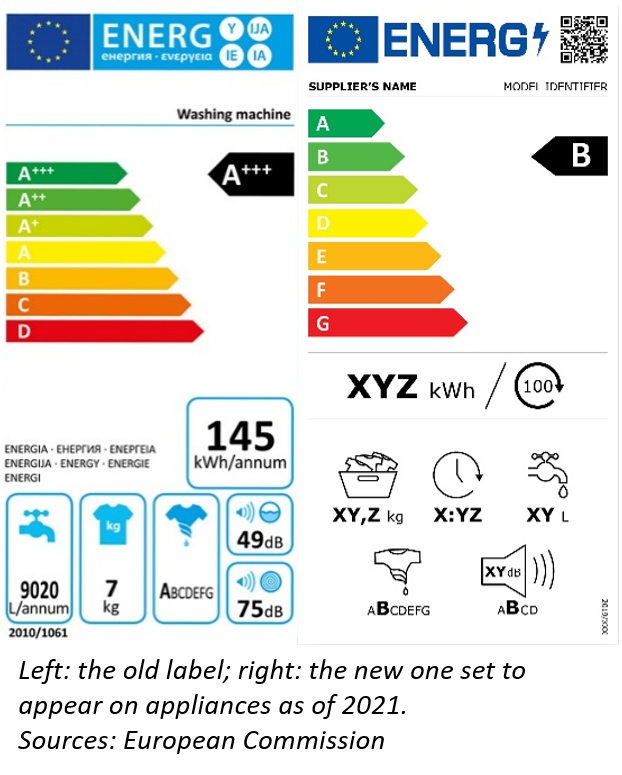 As of next year, the EU Energy Label – which displays the energy consumption of electric appliances – will get a facelift. It will be rid of the top ‘+’ classes (+, ++, +++) that have appeared over time to reflect technological improvements. The effect of those ‘+’ classes was that the lower classes ended up being empty which made the label rather meaningless. The label rescaled from A to G will first appear on five appliances most of us own at home: washing machines, TV screens, fridges, dishwashers and lighting.1

To ensure the new label is widely understood, consumer organisations in Europe will walk consumers through the change. That is why five organisations from Italy, Spain, Portugal, Belgium and Slovenia – all members of BEUC – are participating in an EU-funded project, called ‘Boost the Energy Label Take-up’ (BELT).2  During a second stage, consumers groups in Greece, Lithuania, Ireland and Croatia will step up their participation in the project.3

Consumers will not be the only ones impacted by the roll out of the new label. The project also supports manufacturers, retailers, distributors so they adapt to the new rules smoothly.

The BELT project just had its own website launched and is to run until early 2022.

Contact department
The talks about prices of COVID-19 vaccines have shed light on the secrecy shrouding the process. But this is a lon… https://t.co/0q0wBMiD6s
13 min 7 sec ago