Consumers are keen to join the energy transition from fossil fuels to renewables but are often left frustrated when it comes to participating in it actively. Misleading green energy offers and insufficient remuneration for selling electricity to the grid are the biggest barriers consumers face, according to a new BEUC report issued today. 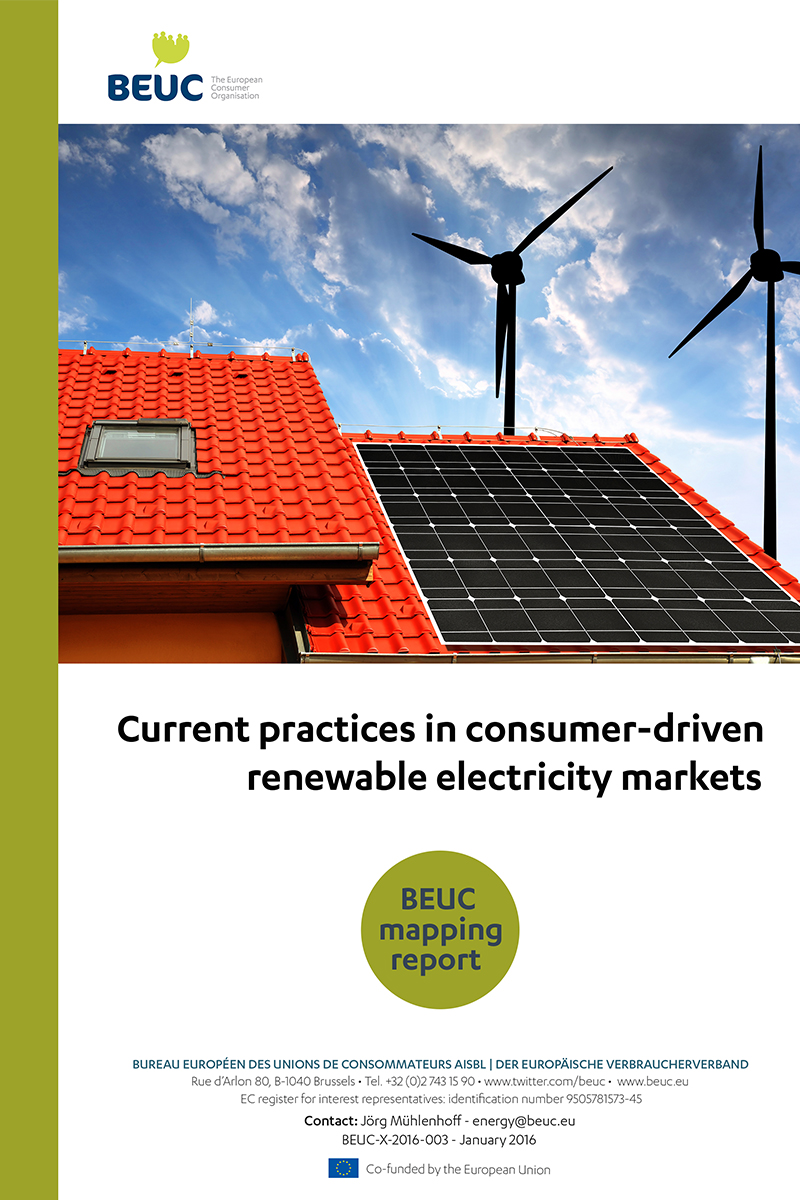 The study looks at consumer-driven practices to encourage renewable electricity in EU countries [1]. In most countries ‘green tariffs’, where consumers pay their suppliers for electricity from renewable sources, are misleading and contain little transparency.

BEUC estimates that more than 15 million EU households have opted for a ‘green tariff’. ‘Green tariffs’ are currently available in 15 countries. More than a third of Dutch electricity consumption and almost a fifth of German consumption is sold under ‘green electricity’ contracts. In many member states, ‘green’ tariffs are a fast growing market segment creating multi-million euro businesses.

Consumers also have the possibility of installing renewable energy capacity like solar panels on their own premises. But here too consumers face difficulties. An unstable legal framework, marked by volatile policies, and complicated rules for entering the market hamper consumers’ investment in renewable self-generation.

The report calls on the EU to make changes to energy market rules so that consumers can play a more active role in the market. For ‘green tariffs’, the EU should stop misleading offers. The EU should also make suppliers come clean about where the revenue from ‘green tariffs’ gets spent, as certain claims made today are dubious. The supplier should be clear about the environmental benefits that stem from consumers’ green choices.

More flexible rules and fair market access for consumers who produce renewable electricity are urgently needed. EU Member States must stop discouraging consumers who want to invest in renewable energy by creating a stable legal framework, putting an end to stop-start policies, and creating simple rules that allow consumers to produce energy and sell it to the grid at reasonable prices.

Two position papers which outline BEUC’s recommendations to EU policy-makers on ‘A welcome culture for consumer generation of solar power’ and ‘Trustworthy green electricity tariffs’ are available for download.

BEUC will be organising a breakfast debate on 22 March in the European Parliament to discuss these issues and the role of consumers in renewable energy. The event will be hosted by Mr Bendt Bendtsen MEP.

Contact department
That's a wrap on another meeting of consumer orgs for the CLEAR project! The project has been helping consumers in… https://t.co/HRJkgA6J4v
7 hours 20 min ago