Today the European Commission proposed to give teeth to consumer law by publishing proposals which include tougher sanctions for companies that act illegally and a limited collective compensation tool (collective redress) across the EU. 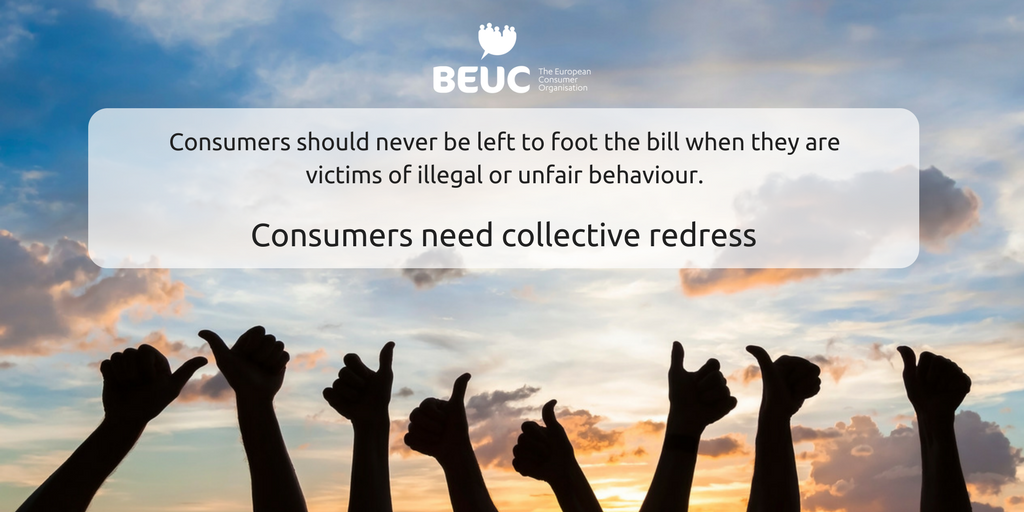 The Commission is also proposing to introduce individual rights for consumers when they are victims of unfair commercial practices, like misleading claims in advertising for example - only a few countries today specify what should happen in those cases - and sets greater transparency requirements of online marketplaces [1].

Monique Goyens, Director General of the European Consumer Organisation (BEUC), said: “The Commission is right to make EU consumer law more enforceable. Too often, consumers are left footing the bill for a company’s unfair practices and find out getting their rights respected is mission impossible. Tougher sanctions and the ability for consumers to seek collective compensation are long overdue.

“The New Deal is really welcome. For too long, consumers have not had the access to justice they deserve when they suffer from unfair or illegal business practices. It will now be possible for consumers to claim compensation collectively in some cases.”

It is only a first step but not a fully-fledged collective redress scheme across the EU. The EU’s collective redress procedure would require claimants to first get a final injunction order from a court before the judge decides whether to allow some form of collective compensation. This can take years and carries the risk that consumers lose evidence and interest in the case.

BEUC also fears that Member States will be given too much discretion to decide which type of cases are fit for a collective redress procedure and which are not [2]. This could result in minimum solutions for difficult cases.

On the positive side, the Commission is also proposing that EU Member States can impose sanctions of at least 4% of the trader’s annual turnover for law infringements which have an EU dimension. BEUC strongly supports this approach. Companies which breach EU consumer law can face sanctions in different countries, but these are neither harmonised nor dissuasive enough.

[1] For example, platforms like Booking.com or AirBnB would have to explain to the consumer according to what criteria the ranking has been made and who is the provider of the service.