Food companies’ commitment to market their products responsibly blatantly fails to protect European children from ads praising unhealthy foods. That is the outcome of a snapshot survey BEUC and ten of its member organisations1 carried out in spring 2021 as part of a project initiated by Professor Amandine Garde of the University of Liverpool.2 With ample evidence that industry self-regulation of food marketing to children is not working, the consumer groups advocate for binding EU rules. 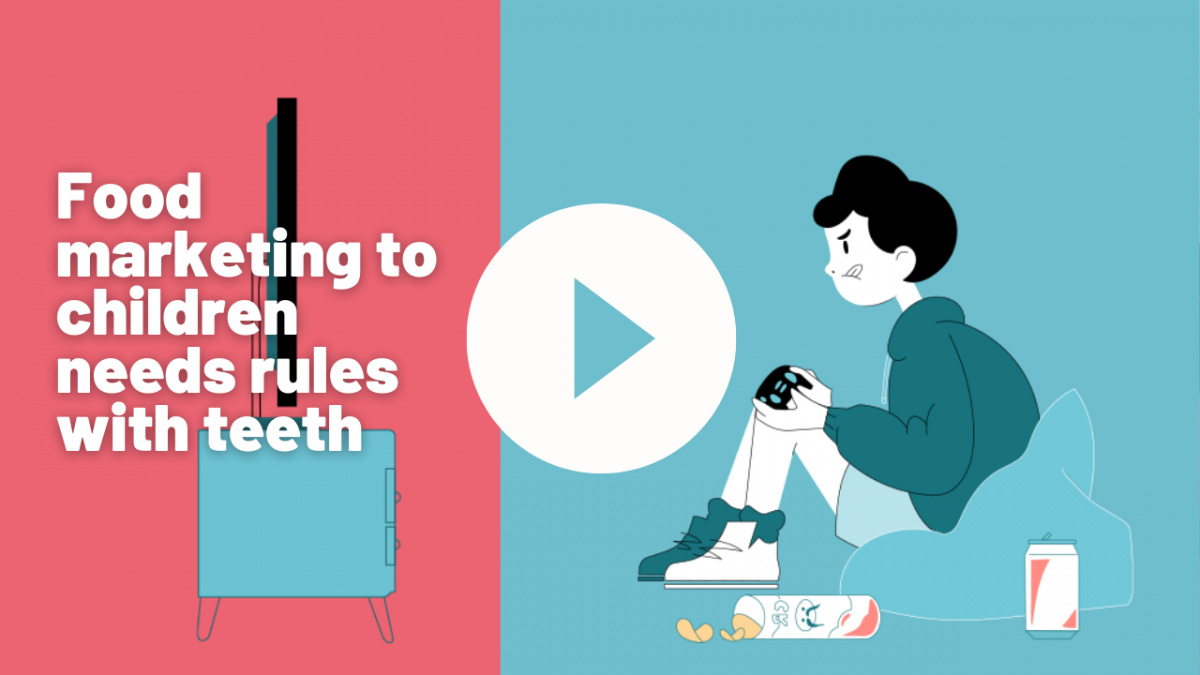 Obesity and overweight affect one in three children in Europe. Numerous institutions – including the World Health Organization – have recognised the strong influence marketing of unhealthy foods exerts over children’s eating behaviours.

However, there are no binding EU-wide rules to rein in food marketing to children.3 The only safeguard is a voluntary initiative by major food companies – called the EU Pledge – to restrict their marketing. But consumer groups’ snapshot released today sheds light on the Pledge’s flaws:

In light of such glaring shortcomings, consumer groups call for:

“Time and time again, self-regulation has shown it is unable to truly restrict ads targeting children. The food industry’s own commitments simply serve to reassure policymakers on paper and buy themselves time, while our children are fed with ads promoting unhealthy foods day in, day out.

“Our snapshot survey across Europe highlights the wide range of tactics the food industry has deployed. Be it a fizzy drink dance challenge on Instagram, product placement of packets of crisps snuck in a video game, or an appealing fast-food ad near a playground, it is simply impossible for children to ignore ads pushing foods they should only be eating occasionally. The omnipresence of such persuasive ads make it seem normal to drink soda like one would drink water or snack on a pack of crisps instead of an apple.

“Knowing the powerful influence of food advertisement on kids’ eating, coupled with an obesity epidemic, policymakers can no longer bury their heads in the sand. Unhealthy food marketing is only set to keep growing if we don’t put an end to it now. It is high time the EU got its act together and finally came up with rules with teeth.”

Amandine Garde, Professor of Law at the University of Liverpool, has added:

“There is growing international consensus that self-regulation of the industry for the industry has consistently failed to protect children from the harmful impact that unhealthy food marketing has on their health and on their rights. In light of the cross-border nature of so much food marketing, it is unacceptable that the European Union has taken such a passive attitude to the problem for over two decades. This project reinforces the argument that, to be effective, legislative reforms must be driven by evidence, not by a dogmatic, misplaced belief in the virtues of self-regulation.”

Our action in short: 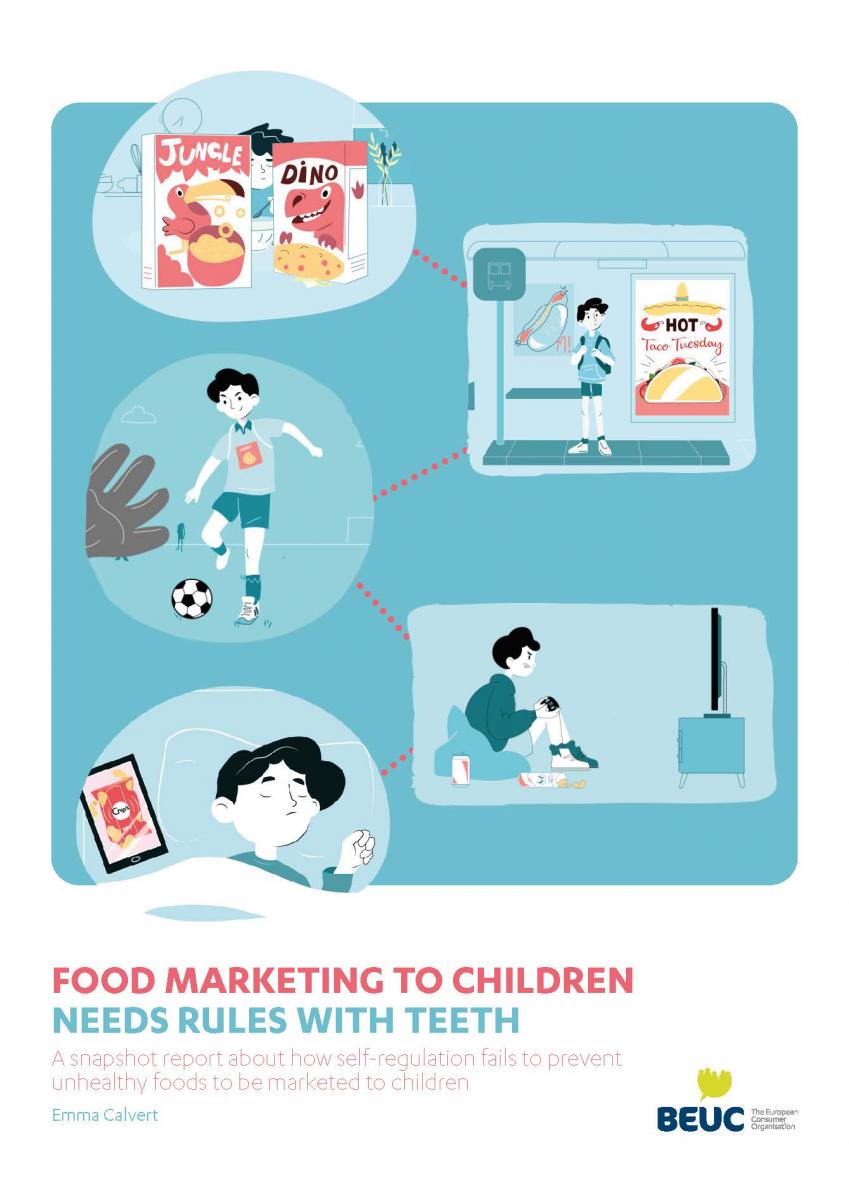 Between February and March 2021, BEUC and 10 of our member organisations collected examples of unhealthy food marketing. We selected those which we deemed to be infringing leading EU food and beverage companies’ commitment to market their products responsibly towards children – the ‘EU Pledge’.

We brought these cases to the EU Pledge ‘Accountability Mechanism’ put in place to allow for the public to report any breaches. At the time of finalisation of our report (15/09/2021), out of 81 complaints submitted, only seven complaints have been upheld by the EU Pledge, seven marketing posts have been withdrawn by companies, and one case is still pending (over six months after we filed our complaint).

Food companies resort to an increasing array of effective techniques in the digital world, e.g. social media influencers praising their products, sponsoring online competitions, or TV ads during prime time programmes with a high children audience. The offline environment is also widely exploited by food companies to target young people, such as via ads nearby locations visited by children, sports sponsorships, or products placed within children’s reach in supermarkets.