Home Publications The end of roaming – still a distant promise

The end of roaming – still a distant promise 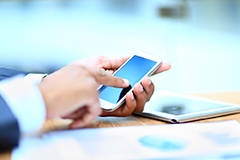 Today’s vote in the European Parliament puts the final touch on an EU-wide ban on roaming charges, and enshrines the right of EU citizens to an open and neutral internet. The European Consumer Organisation (BEUC), a longstanding advocate for both issues, regrets that the final deal contains significant loopholes and uncertainties.

Specifically, the announced end of roaming by mid-2017 depends on a reform of the roaming wholesale market – the connection of telecom operators with each other in order to offer roaming services to customers – an endeavour unlikely to be finalised in time. In addition, telecom operators are still allowed to impose practices that would prevent Europe from being truly free of roaming.

“Roaming contradicts today’s Europe: without borders and unrestricted travel. Consumers want an end to roaming with no ifs, ands, or buts. Allowing companies to limit roaming rights for frequent travellers, for example, is certainly not the promised end of roaming in Europe.

“Another cost cut for mobile use abroad by April 2016 is good news, but is still only a half-baked solution1. A real zero-roaming Europe hinges on a major telecom market reform, which is a mammoth task to achieve in just 13 months.

“Access to the open internet is now a legal right for all EU consumers. But here again deficiencies remain. Telecom providers can for instance continue to exempt traffic giants such as Facebook, Netflix or YouTube from data caps. This means that the content of some companies would still be accessible even to consumers who have used up their data allowance. This locks start-ups and innovative services out of the market, thereby limiting competition and reducing consumer choice. Regulating these discriminatory practices will now depend upon national authorities.”

1 In April 2016, the cost for phone calls, SMS messages and data use when abroad will fall to 5 cents per minute, 2 cents per SMS, and 5 cents per MB.